Get the latest news for nurses
NEWS
February 1, 2022

If you get the honor to speak with Dallas Ducar, NP and Founding CEO of Transhealth Northampton, a groundbreaking and comprehensive trans-centered healthcare clinic located in Massachusetts, you’ll soon realize you’re in the presence of a change-maker.

From advocating for gender-neutral bathrooms and inclusive policies during her years as an undergrad to embracing her own identity as a trans individual to now working as a professor at the School of Medicine in the School of Nursing at the University of Virginia, as well as a provider at one of the country’s first comprehensive trans healthcare clinics, Ducar has been on a journey of transformation her entire life and her resume proves it.

According to Transhealth’s website, Ducar is currently on faculty at Columbia University, Northeastern University, University of Virginia School of Medicine, University of Virginia School of Nursing, and the MGH Institute for Health Professions. Dallas currently serves on the Board of Directors for GLBTQ Legal Advocates and Defenders (GLAD) and of Healing Our Community Collaborative (HOCC). She also serves as the Vice-Chair of the Primary Care Alliance, is on the LGBTQI Federal Policy Roundtable, and advocates for gender-affirming care nationally.

But she’s not just transforming her own life—she’s changing the world. Here’s where her journey has taken her so far, and what she hopes to see in the future when inclusivity in healthcare is the norm for everyone. 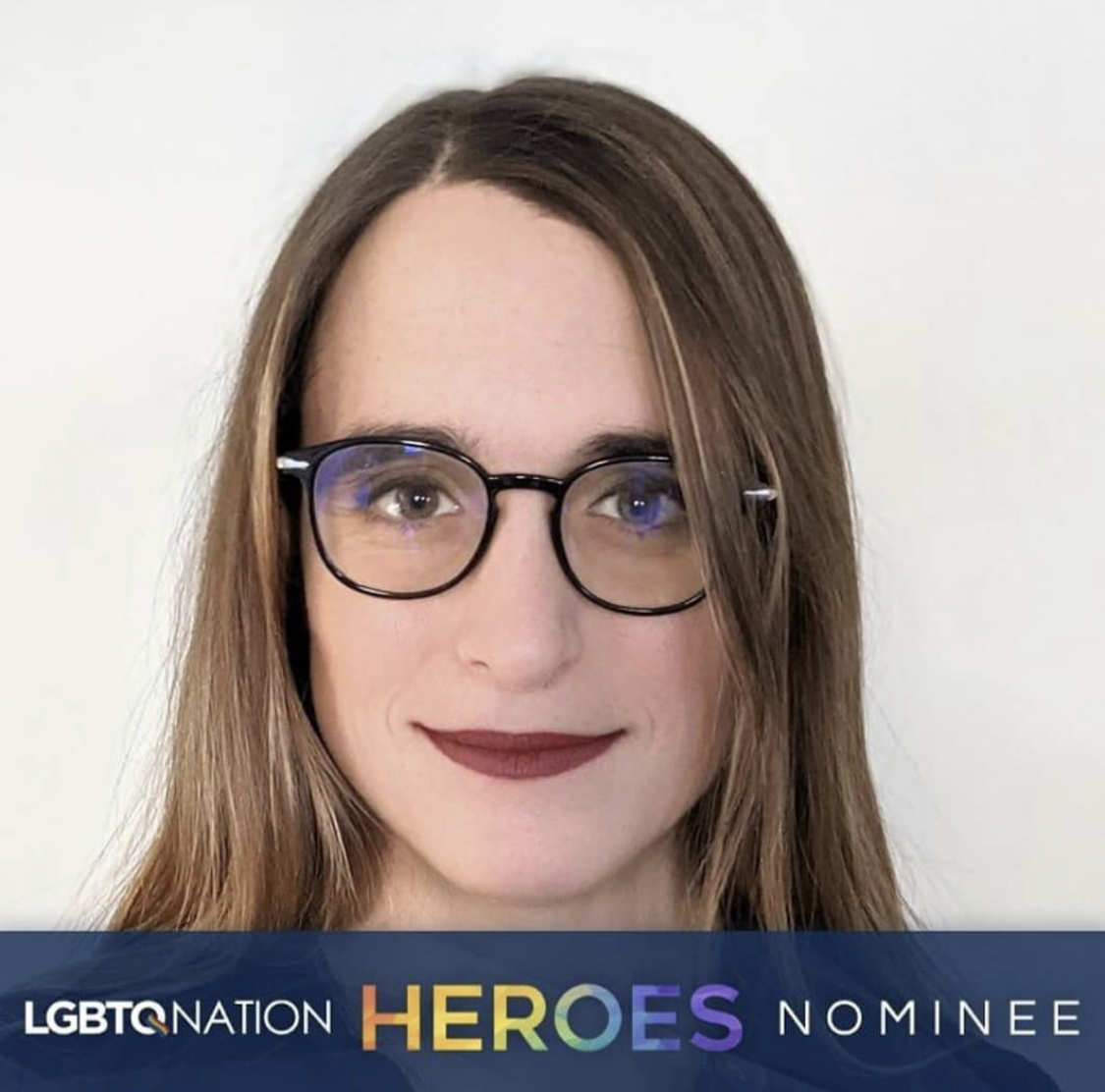 Nursing as a Journey

First drawn to a career in nursing by a deep interest in philosophy and the big questions in life (you know, the simple stuff like, “What is the meaning of life?” and “Why am I here?”) Ducar tells Nurse.org that she soon came to realize that many of those philosophical questions could be best addressed in the field of psychiatric nursing.

“You’re helping patients come to answers or better ask questions or find the words and the meaning to some of these questions,” she explains.

Specializing in psychiatric nursing as an RN, and then later, as a Nurse Practitioner, Ducar embraced what she calls being witness to “liminal moments” in her patients’ lives—moments of crisis or life-changing events that she was able to walk with them through. “It's such an honor to be there to witness their life-changing, and help them regain some sense of identity,” she notes. “Really learning from my patients was such a gift.”

One of Ducar’s own liminal moments occurred on the day of the first Women’s March, January 21, 2017, which she shares is her trans anniversary, the first time that she came out as her authentic self. “I was really able to be who I wanted to be,” she says.

During Ducar’s time of transitioning, she tells Nurse.org that as the only trans person that she knew of at the University of Virginia Medical Center, she worked to influence specific policies and workflows to improve gender-affirming care. As she continued her own transition, she advocated for change, while also working as a nurse practitioner student in a trans clinic, providing some of the first psychiatric mental health care to its patients.

“That experience really influenced me to be able to see the power of integrated primary mental health care for trans kids and adults,” Ducar recalls. “And the importance of having policies and workflows that really reflect the individual—really creating systems that only keep people safe, but really affirm the identity of that person.” 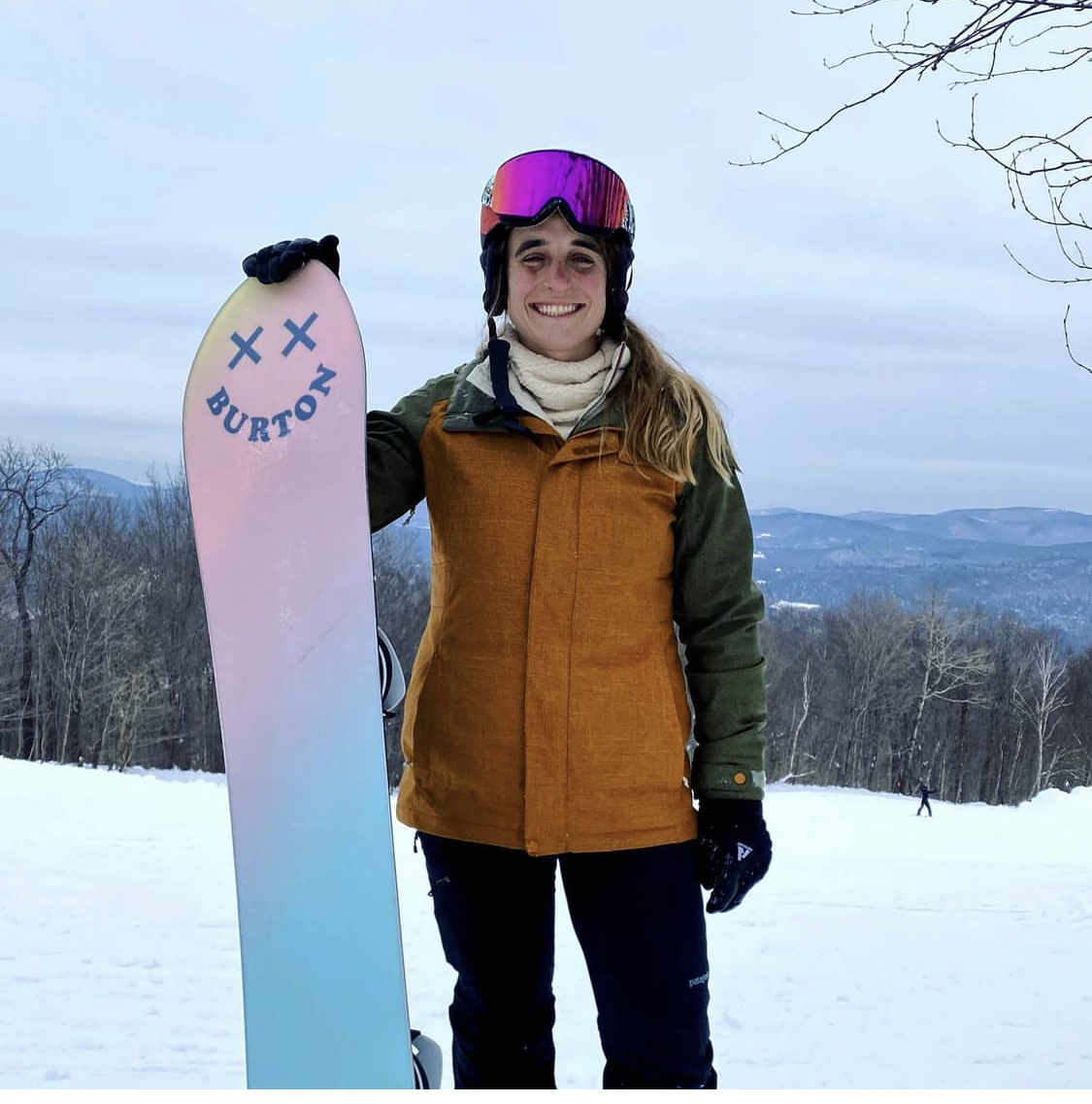 A New Vision of Care

Part of creating those affirming systems, for Ducar, has been, of course, acting as one of the founding members of Transhealth. She shares how the clinic has its roots in the experience of another founding member, Perry Cohen, who after years of driving two to three hours into the city for gender-affirming care, dreamed of creating a more accessible, comprehensive center for trans individuals.

Prior to becoming the CEO of Transhealth Northampton Ducar served as the Clinical Lead for Mental Health Services at the Massachusetts General Hospital Transgender Health Program, where she worked with an interdisciplinary team to provide novel gender-affirming care. Her vast knowledge made the transition into the new role exciting. 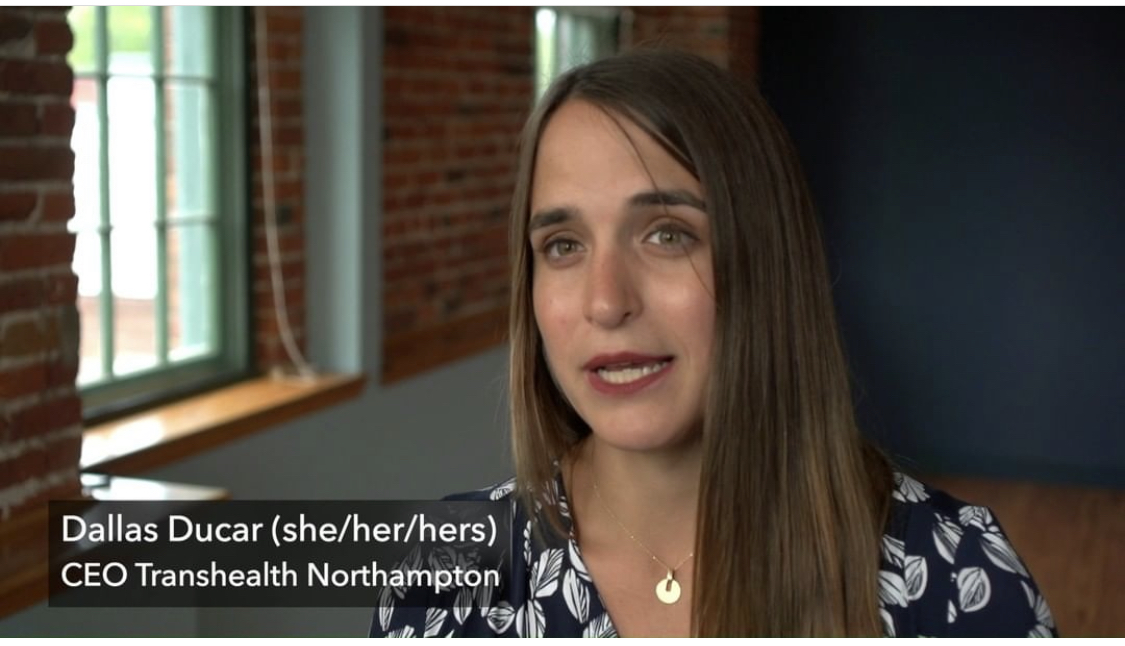 And so, with the help and support of their parents, along with that of the community, Transhealth was born. Incidentally, the clinic actually opened up at the beginning of the pandemic, but Ducar shares that the timing thankfully worked out. Not only were more at-risk individuals in need of care more than ever, but it was the perfect time to create something new and dynamic in healthcare as well.

The Transhealth team went through a tremendous amount of discernment in dreaming what their center would be and how it would serve the community; they decided they wanted to offer complete and comprehensive care that included everything from primary care to mental health care to community services and even a research arm. But with a clear vision and dedication, the clinic quickly became a reality.

“This time last year, it just had a name and now we're seeing 900 patients,” Ducar says. “Sometimes I say, never underestimate the power of a group of committed compassionate queer folks,” she adds with a smile.

But not to worry—reaching capacity doesn’t mean stopping in the Transhealth team’s eyes; it just means growing to reach even more patients. Ducar shares that the team is looking to hire more providers and expand services as much as possible, with plans that include opening a pharmacy, more research, advocacy, and policy, satellite clinics, and more locations across the country. 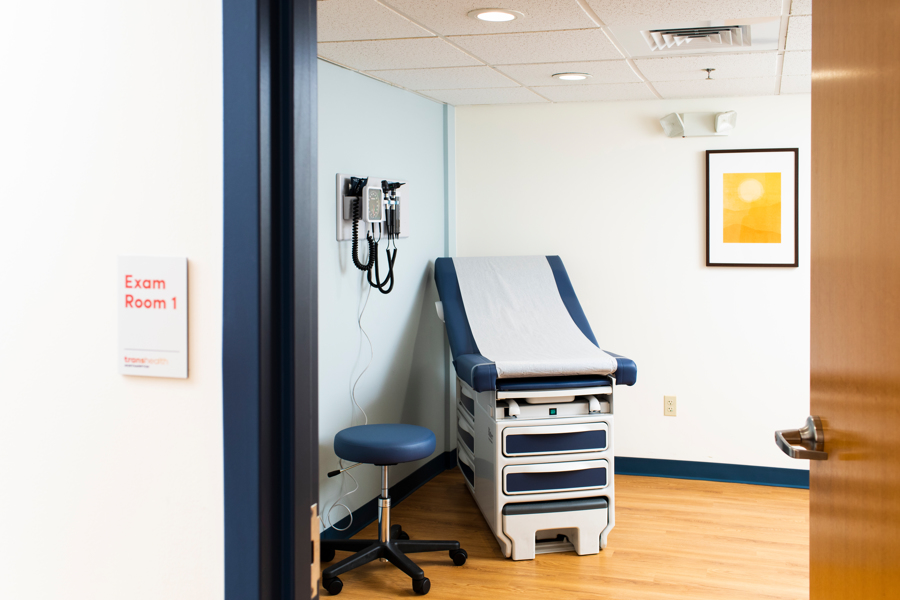 “I fully expect that in this next year, our care and the services that we provide will only continue to increase,” she says.

The success of Transhealth—the outpouring of community support and offers for volunteers has even been overwhelming at times—is encouraging, but it’s just the start for what Ducar sees as a necessary change in healthcare, especially when it comes to gender-affirming care.

“For so long, trans people have been locked out of American society,” she explains. “Whether it's a cisgender person arguing whether trans-Americans should even exist to whether people should be able to receive resources.”

To her, the clinic represents not only a home for so many who have been marginalized but also a physical symbol for the reality that trans rights are human rights.

She tells Nurse.org that she sees a desperate need for everything from how nurses and providers are educated to how healthcare clinics are operated. And the TransHealth clinic is an integral part of starting that movement in so many ways, from investing in gender-affirming care to hiring gender-diverse individuals so patients see a reflection of themselves in their provider, to offering opportunities for students to learn from their model of care. 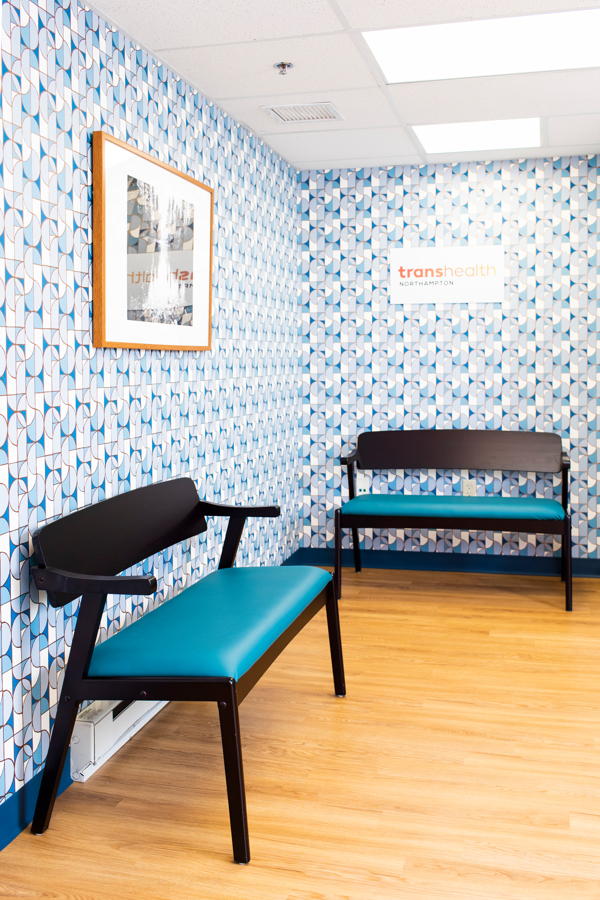 “Ours is inclusive of all voices at the table, especially those who have been locked out and marginalized,” she points out. “Instead of fighting against the system, we're creating a new space that understands that this type of gender-affirming care can be a model for all of the health care.”

Ducar and her fellow team members offer care each and every day to the patients that they serve, but the act of caring for one patient at a time will have a ripple effect that can transform far beyond the local level.

“The act of caring for someone today really creates hope for the future, and allows healthcare to become an act of liberation in my mind,” she says. “We are creating a new vision of healthcare. This isn't just gender-affirming care; this is what healthcare should be.”

In the end, Ducar expresses excitement for what she sees as a “tremendous opportunity” to create lasting change through each and every step forward their clinic and team is able to make.

“I believe those victories, whether they're big or small, aren't just about trans rights, but they're about advancing human rights—fighting for the rights of all people to simply be. These victories will extend far beyond our own community; I believe they will offer a model of health care for a country, one of patient-centered care that is shaped by an active informed, and vocal patient population, able to show America what healthcare can be.”