What is a Neonatal (NICU) Nurse? 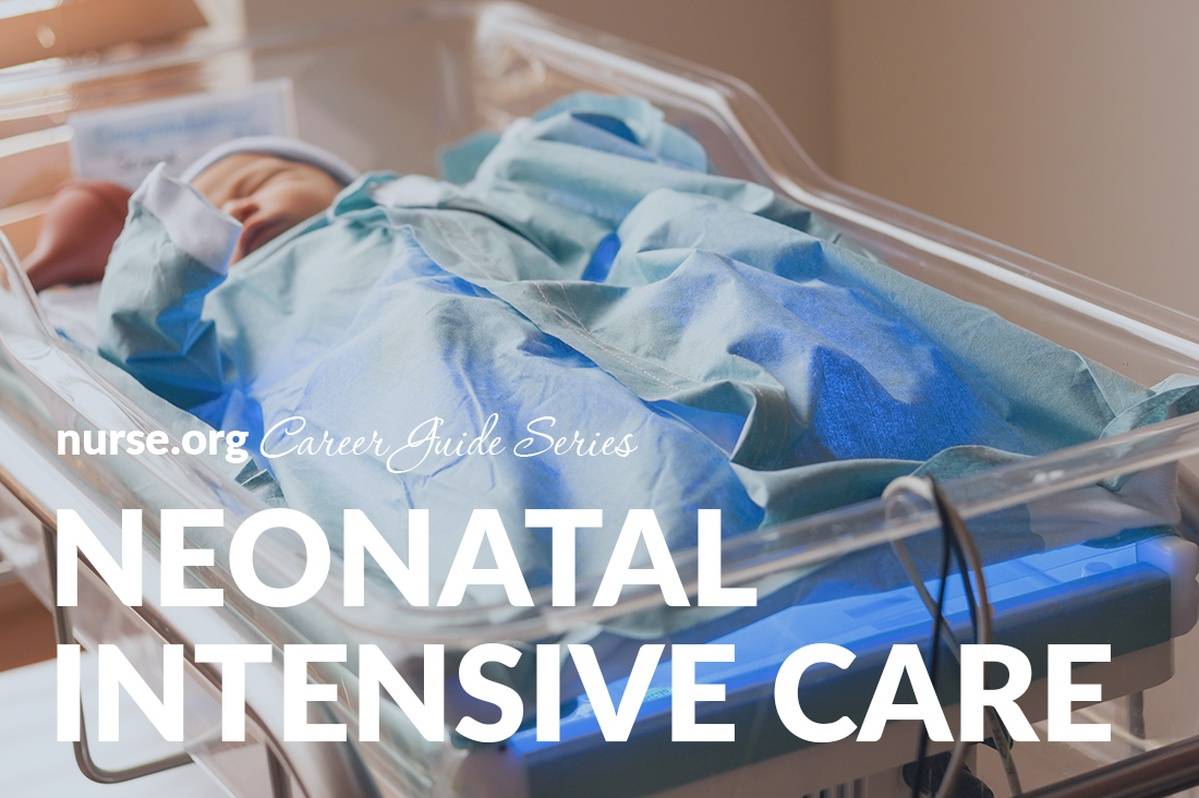 It takes a special person to become a nurse, but that's even more true for those who go on to become Neonatal Intensive Care Unit (NICU) nurses. These dedicated professionals care for the most fragile patients there are–sick and premature newborns. In addition, they are on the front lines when it comes to helping scared parents through what is often a traumatic experience.

Find out more about what it takes to become a NICU nurse, and why those who choose this track, are doing society a special service.

Part One What Is a Neonatal Intensive Care Unit (NICU) Nurse?

There are many types of nursing specialties, some of which deal with a particular type of patient. That is the case for Neonatal Intensive Care Unit (NICU) Nurses. Their primary patients are sick and/or premature newborn babies who need to be cared for and monitored, sometimes for weeks or months, until they are hopefully healthy and developed enough to go home.

According to the National Association of Neonatal Nurses (NANN), there are approximately 40,000 low-birth-weight infants born each year in the United States. Thanks to advances in medicine, highly skilled NICU nurses, and other healthcare professionals, survival rates are improving. In fact the survival rate is now 10 times better than it was 15 years ago.

Part Two What Does a Neonatal Intensive Care Unit Nurse Do?

In addition to hands-on care, monitoring, and feeding of the babies, NICU nurses also work intimately with moms and dads, who are going through this emotional experience with their newborn. NICU nurses provide comfort and education to help families get through this trying time.

A day in the life of a NICU nurse is demanding and can range from basic newborn care to monitoring seriously ill patients. NICU units operate 24/7, so most nurses work 12-hour shifts, which include some nights and weekends. Most large private and public hospitals have a NICU, while smaller facilities may not have a full department or any at all.

Depending on the status of the patients and how many babies are born in a given period of time, NICU nurses usually work with just a few infants at a time. If there are serious medical issues, the more experienced NICU nurses in a team might focus on just one or two cases.

Generally speaking, working in a NICU is considered level three nursing care (level one is care for healthy infants, and level two is for less serious neonatal cases). NICU nurses monitor the more seriously ill or premature infants day and night to make sure they are breathing and developing properly. They also administer medications, record the newborn’s progress and recovery, change diapers, and calm babies in distress.

It does take a specialized set of skills–beyond just medical ones–to work in the NICU.  It can be fast-paced, stressful, and emotional, especially when working with family members. Strong communication skills and a calm, empathetic demeanor are key. In addition, because the patients are so tiny and even the smallest error can be life-threatening, a precise attention to detail cannot be understated.

Like other RNs, NICU nurses work under a Scope of Practice, a set of state laws that define your rights and responsibilities as a nurse, and authorize you on how to function when providing various aspects of medical care.

You can find your state’s Nurse Practice Act via the National Council of State Boards of Nursing.

When it comes to salary ranges for nursing, a good rule of thumb is to understand how much RNs earn, and then estimate that the compensation will be slightly higher for the specialization. For all RNs, the median pay was $73,300 per year in 2019, according to BLS data, though conditions vary by area.

According to ZipRecruiter, the national average for NICU RNs is $101,727. It’s important to remember that this represents the median earnings, so depending on one’s level of experience, location, and employer, income can be higher (or lower). In New York City, for example, ZipRecruiter reports an average annual salary of $111,581, which is above the national average.

The highest paying states for NICU nurses according to ZipRecruiter are:

It’s fair to say that NICU nurses–and in all areas of nursing–salary is commensurate with experience, and large cities and well-known medical institutions will pay higher salaries. Opportunities for overtime, bonuses, and other financial perks will also vary by employer. However, in most cases, when working for a hospital or medical facility, nurses receive a generous benefits package to go along with salary.

Part Four What Is the Career Outlook for NICU Nurses?

The job outlook for nursing professionals of all types is expected to be strong. As reported in The Atlantic, about one million registered nurses (RNs) working today (about a third of the workforce) are over the age of 50. As they begin retiring over the next decade, new RNs will be in demand to fill those roles; in fact, there is expected to be 1.2 million vacancies between 2014 and 2022. As such, the BLS projects that the employment of registered nurses should grow 12 percent from 2018 to 2028.

For NICU nurses specifically, that demand may even be slightly greater. Anytime specialized credentials and skills are involved, it can be more challenging to keep the talent pipeline full. In other words, nurses who go on to careers in the NICU are equipped with a skill set that will be in demand for years to come.

Part Five How Do You Become a NICU Nurse?

Before you become a NICU nurse, you have to become a registered nurse, and gain some experience. Here are the steps you need to take:

3 Steps to Becoming a NICU Nurse

For those who are still in the phase of researching nursing programs and colleges, there are many excellent ones to choose from throughout the country. However, if you know early on that you aspire to work in a NICU, look for schools that offer elective courses in neonatal care.

While there are no rankings specifically for undergraduate neonatal programs, US News & World Report does rank these schools as having the top five pediatric nurse practitioner programs.

Note: These are advanced degree programs.

Part Seven What Are the Continuing Education Requirements for NICU Nurses?

As mentioned above, the two major certifying organizations for NICU Nurses are the American Association of Critical Care Nursing and the National Certification Corporation (NCC).

As with most certifications, there are continuing education requirements in order to maintain your status.

For the RNC-NIC, you must obtain hours of continuing nursing education (CNE) through accredited providers such as NANN. Details can be found via the NCC’s Maintenance Requirements document.

To maintain a CCRN (Neonatal) certification, you have to complete 100 Continuing Education Recognition Points (CERPs. The CCRN Renewal Handbook breaks down CERP learning topics and activities.

Part Nine Where Can I Learn More About NICU Nursing?

To learn more about Neonatal and NICU nursing, take advantage of the resources provided and consider joining the following professional associations:

The more advanced your degrees and/or certifications are, the more likely you are to get the position you want as a Neonatal Intensive Care Nurse.

The best opportunities will be in large hospitals that have a full-fledged NICU department that provides both level II and level III care.

NICU nurses play perhaps one of the most important roles in our health care system in that they are there when life begins, and are often instrumental in helping high-risk newborns survive and thrive. They also act as a great source of comfort and information to the parents who spend those first few days or weeks as parents in the NICU.

For aspiring nurses who love the idea of working with infants to improve their health and get them home, NICU nursing is not only a high-demand specialization, but also a fulfilling career choice.