Nurse Runs the Boston Marathon in Scrubs For a Cause, Here's The Reason Why

Samantha Roecker, who goes by Sam, a Philadelphia nurse at the Penn Medicine outpatient clinic, ran the Boston Marathon on Monday, April 18th in her scrubs. An elite runner, she is raising money to help garner awareness for the mental health and well-being of nurses.

She is also attempting to break the World Record for the “fastest marathon run in a nurse’s uniform”. Interestingly, this is an official category at Guinness World Records, with a current mark of 3:08:22.

“It seems like every day there’s a new story about nurse burnout or health-care workers struggling,” she said. “They’ve been called health-care heroes, but we’re seeing the detrimental effect that it has had on so many people.”

Roecker, a former track and field star from Providence College, has competed in multiple marathons including the 2018 National Marathon Championship. She finished third. Her personal best is 2:29:59 from 2020, and she represented the United States at the 2019 Pan American Games in Lima, Peru, where she finished fifth in 2:32.

She never thought about running professionally until 2014 while on a trip to Boston to see the Marathon. This inspired her and in the 2015 Boston Marathon set a personal best of 2:53:52, but it wasn’t until she placed  19th overall at the New York Marathon in 2016 with a time of 2:45:29 that she realized it was possible. In 2019 she was ranked as the 12th-fastest female marathoner in the United States and even qualified for the Olympic Trials in 2020. 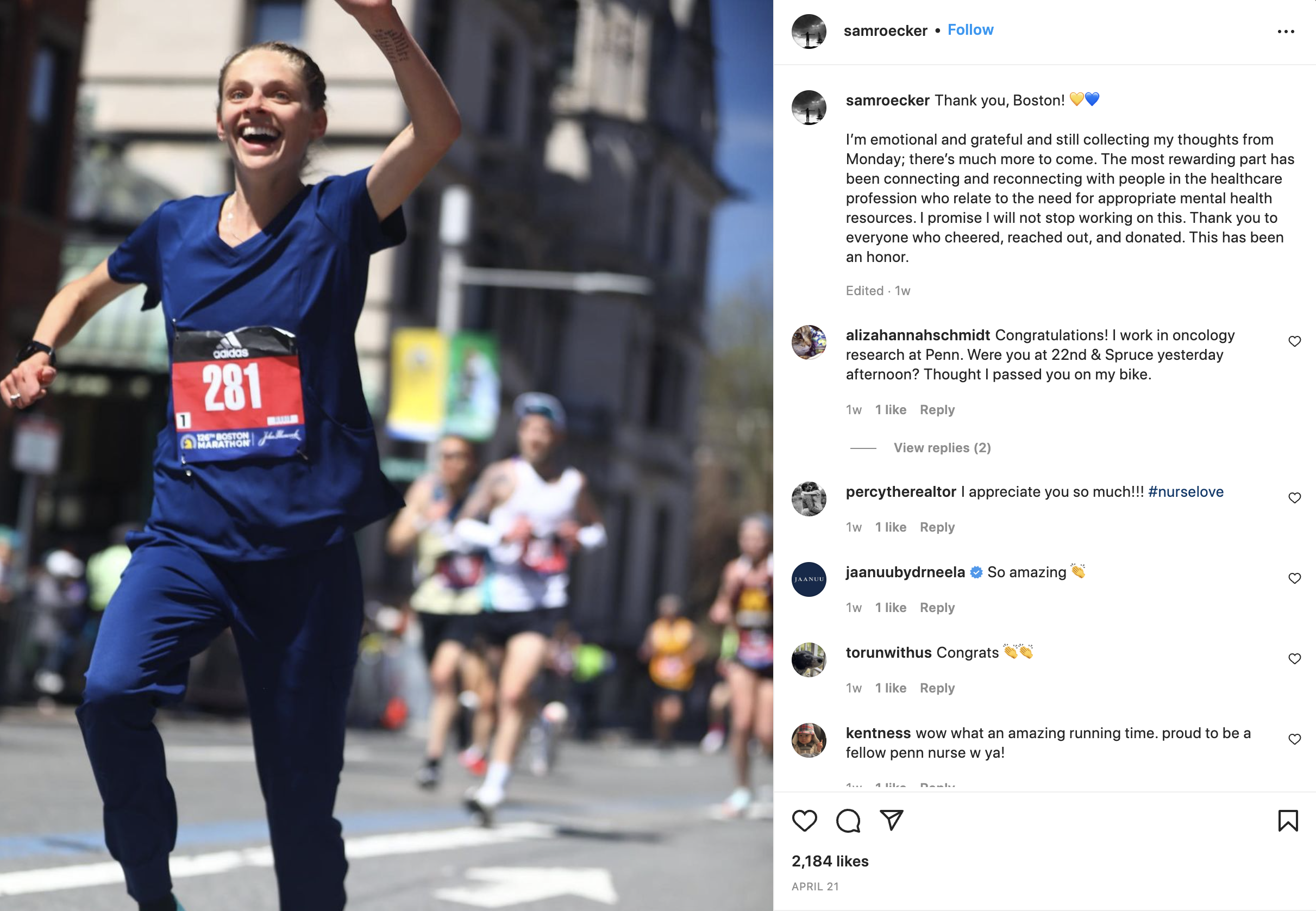 Roecker is partnering with The American Nurses Foundation, Moxie Scrubs, and the 26.2 Foundation. As of race day, she has raised $44,274 towards her $38,000 goal.

The idea came after watching her friends and colleagues struggle during the pandemic over the last several years. Specifically, in February, she thought about her close friend in New York. A Physician Assistant at a pediatric hospital caring for children and newborns- her unit turned into an adult overflow COVID unit once the pandemic hit. In a matter of days, she went from treating fairly healthy pediatric patients to being forced to care for dying adult COVID+ patients. As a result of everything she saw and did, her friend now suffers from PTSD, anxiety, and depression.

And her friend isn’t the only one.

“I’ve had several friends and coworkers who have firsthand suffered from the effects of what the pandemic has done to them—really suffered—with PTSD, anxiety, and depression,” said Roecker.

Despite working 25 hours per week at an outpatient ear, nose, and throat clinic, Roecker has still seen her fair share of COVID patients and also has been changed. As a Family Nurse Practitioner (FNP) student at the University of Pennsylvania, her clinical rotations have her working at a busy ER for 20 hours per week since January—right as the Omicron variant surged across the country. 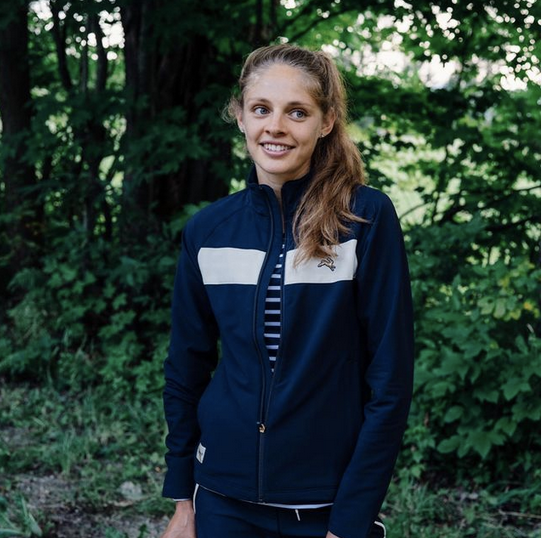 Training for a marathon while working and completing an intense clinical rotation is not easy. Unlike most professional runners, Roecker is not a sponsored runner. Generally speaking, marathon runners train full time and rarely have jobs, let alone working four 12-hour shifts a week.

After thinking about running the Boston marathon in scrubs, Roecker reached out to her longtime coach, Ray Treacy. With overwhelming support - they came up with a training program that would allow her to fit in the needed miles around her work schedule.

She tries to run twice a day, regardless of work. She manages roughly 90 and 100 miles a week, but she often runs as late as 10 at night and again by 6:30 in the morning.

“I get in the miles whenever I can,” she said. “If I have extra time one day, I’ll go for 12 instead of 8. I’m very flexible with my training, because my schedule is so all over the place. I try to make it work when I can.” 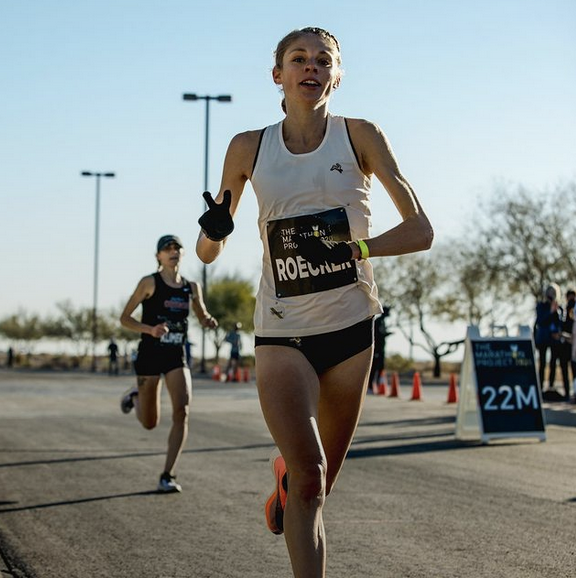 Throughout the pandemic, mental health awareness has been a constant conversation amongst healthcare professionals. More and more nurses, doctors, and ancillary staff are requiring treatment and proper help.

The money raised by Sam will go towards the American Nurses Foundation's Well-Being Initiative programs supporting the mental health and wellness of Registered Nurses in the United States. Program support includes:

To find out more about the Well-Being Initiative and the resources available to you visit: https://www.nursingworld.org/practice-policy/work-environment/health-safety/disaster-preparedness/coronavirus/what-you-need-to-know/the-well-being-initiative/