Get the latest news for nurses
NEWS
September 2, 2022

Nurses in North Carolina can now be sued for following doctors’ orders when they cause harm to the patient.

On Friday, August 19, 2022, a narrowly-split North Carolina Supreme Court struck down a 90-year-old precedent that protected nurses from liability. The opinion of the three justices in favor of overturning the ruling stated that because nursing had evolved, the decision was necessary. The two dissenting justices countered that holding nurses accountable for physicians’ decisions would create “liability without causation.” How this latest ruling will affect future cases is unclear. The full legal briefing can be found here.

This post explains why the judges made the determination, what this ruling means for nurses, and how nurses can protect themselves.

The Facts of the Case

After 13 minutes, Dr. Doyle revived the child with CPR and resuscitation drugs. In the end, Gullatte suffered permanent anoxic brain damage, cerebral palsy, and profound developmental delay. Her mother and guardian ad litem sued the hospital, the doctor, and the CRNA.

>>Listen to this episode on the Ask Nurse Alice podcast

The Byrd ruling of 1932 held that nurses do not ordinarily have a separate duty of care when working under a physician’s supervision. Except in certain cases of gross negligence, the ruling found the nurse could not be held liable if they were following a doctor’s diagnosis or treatment plan.

Based on that case, the trial judge refused to allow a CRNA expert witness to testify that VanSoestbergen failed to follow the standard of care. Although the court ruled in favor of VanSoestbergen and the hospital, the family appealed the ruling. When the Appeals Court upheld the ruling, they took the case to North Carolina’s Supreme Court.

Justice Michael Morgan, for the majority 3-2 opinion, wrote, “Due to the evolution of the medical profession’s recognition of the increased specialization and independence of nurses in the treatment of patients over the course of the ensuing ninety years since this Court’s issuance of the Byrd opinion, we determine that it is timely and appropriate to overrule Byrd as it is applied to the facts of this case.”

The dissenting opinion pointed to judicial overreach. Justice Tamara Barringer wrote for the dissenters, “In judicially changing this standard, the three-justice majority appears to create liability without causation — allowing a nurse to be held liable for negligent collaboration in the treatment ultimately chosen by the physician. Such a policy choice should be made by the legislature, not merely three Justices of this Court.”

This latest decision calls for a new trial.

What this ruling means for nurses

Critical care nurse and legal nurse consultant Ashley Hughes told a local news outlet that she fears this decision will negatively impact nurses. “They’re already short-staffed. On top of that, there is the issue of violence against nurses, nurses are being attacked. There’s the issues about the pay nurses not being paid appropriately,” Hughes said. “Along with that, criminally, nurses now are being held more on a criminal level, rather than just civil.”

Recent problems with staffing shortages have put extra burdens on nurses that increase room for errors. Yet, nurses are increasingly finding legal issues to be a part of everyday practice.

How can nurses protect themselves?

Since nurses can be found legally liable for mistakes in North Carolina under the new law, including negligence and malpractice, they should consider taking steps to protect themselves.

Proactive professional education and awareness of current standards of care give nurses a strong foundation for practice and can steer them clear of danger when it comes to liability.

Here are steps nurses can take to stay current on practice standards.

Nurses practicing in North Carolina may worry about what they should do since this ruling affects nurses in their state. Knowing that the North Carolina Supreme Court has made this ruling, they may need nursing malpractice insurance to cover themselves. Professional nursing liability insurance safeguards nurses from malpractice claims that families may bring. Professional liability/malpractice insurance usually covers attorneys fees and pays the settlement or judgment against the nurse, up to specified policy limits. 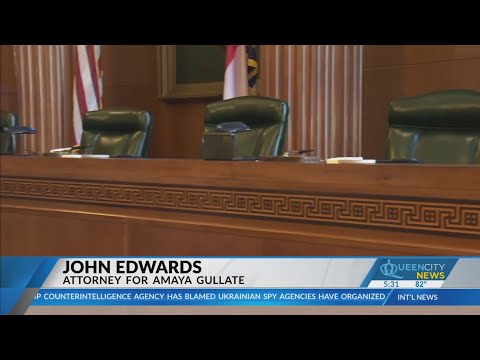