Delivery Care Robots Are Being Used to Alleviate Nursing Staff

Hospitals throughout the country are dealing with nurse burnout, high turnover rates, and staffing shortages in a variety of ways. Some have brought in travel nurses to fill gaps, others have mandated overtime while other healthcare systems have simply ignored the ongoing issues and let staff drown.

Shannon Medical Center in San Angelo, Texas has implemented the use of several Moxi Robots on the nursing units. Moxi, named one of Time Magazine's 100 Best Inventions in 2019, is set to revolutionize healthcare. But how much can a robot really help bedside nurses, especially those caring for patients in isolation? 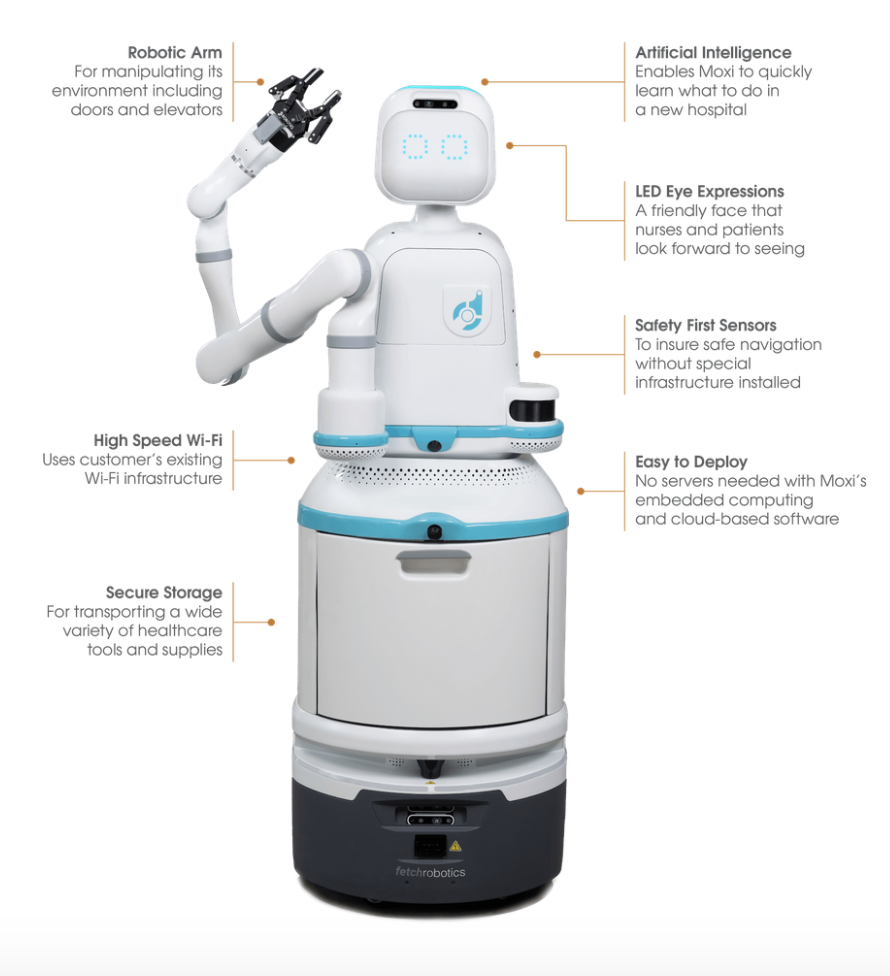 Moxi, created by Diligent Robotics, helps hospitals run 24/7 according to the website. The purpose of Moxi is to assist clinical staff was non-patient-facing tasks such as:

Diligent Robotics, an Austin-based company, was founded in 2017 by two female robotics experts is paving the way for artificial intelligence in the healthcare space. Moxi, the first in-production robot from the company, has been designed to continuously adapt to changes in hospital workflows by learning from the humans it interacts with. Moxi is equipped with an arm, gripping hand, and mobility that allows it to carry light medical resources, navigate the hospital corridors and drop them off for nurses and other staff.

Prior to launching the company and designing Moxi, cofounders Dr. Andrea Thomaz and Dr. Vivian Chuh, as well as a team of researchers spent over 150 hours shadowing nurses at three major hospitals in Texas. During their time, they learned healthcare workers spent up to 30% of their time "hunting and gathering" for supplies, in which Thomaz felt could be better spent focusing on what nurses do best — patient care.

According to the website, Moxi’s core technical features were designed to be compatible with the busy, semi-structured environments of hospitals,  including: 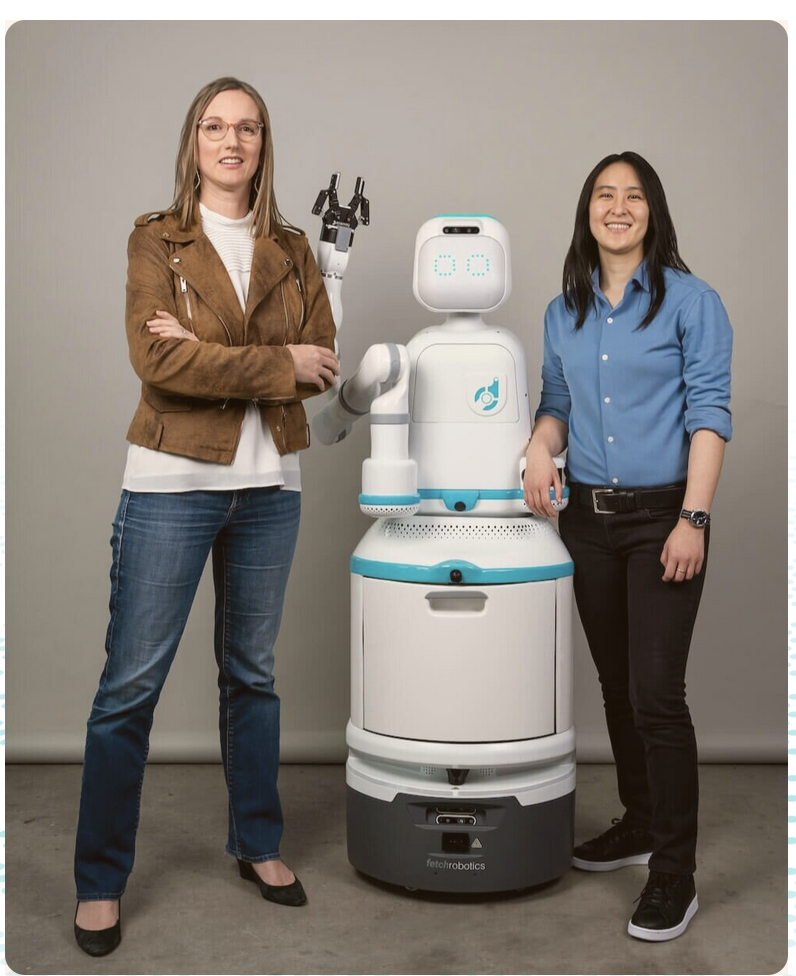 Shannon Medical Center currently has two Moxi’s that rotate between the units and work day and night shifts. “She is a point-to-point delivery system for our hospital so she can go between different units and go to the lab, pharmacy and central sterile to be able to pick up supplies so that nurses do not have to leave the unit to pick those things up and it’s a big-time saver and staff satisfaction,” Shannon Medical Center Director of Innovation, Steven Short, said.

As one of the first hospitals in the country to implement Moxi, staff nurses are leery of its capabilities but also are thankful for the time saving especially in the more mundane tasks. “It won't take us away from the bedside nearly as much to go downstairs and wait for somebody to be available, we can allow Moxi to do that for us,” Shannon Medical Center Nurse Manager, Michael Smith said.

Shannon Medical Center isn’t the only major healthcare company to utilize Moxi robots. Moxi has appeared at other hospital facilities, including Medical City Dallas Hospital and Cedars-Sinai in Los Angeles.

Is Moxi a Viable Answer to the Nursing Shortage?

According to a labor analysis by the Texas Workforce Commission released Thursday, December  16, 2021, there were 35,634 advertised job openings for registered nurses — the highest number of unfilled jobs across the state. Four days later that number rose to 38,489 job openings.

Healthcare companies, legislators, and honestly nurses realize there are not enough new nurses or available nurses to fill the openings. Truthfully, there aren’t enough to even make a dent in the number. “There's no pipeline of staff that we see ready to just hop in and start helping,” said Carrie Kroll, vice president of advocacy, quality and public health at the Texas Hospital Association.

The reality is, while Moxi does assist nurses in non-patient-related tasks like delivering labs or medications - the robot doesn’t ultimately help the nursing shortage. Moxi

During normal times, perhaps Moxi would be seen as more than just an expensive piece of hospital equipment - but until it can take on more responsibilities, as a nurse, it is simply that - a task runner. A volunteer. Perhaps the hospitals using Moxi or interested in the product could better spend the money on new staff or retaining the current staff?

Tell us your thoughts on Moxi. Would this be helpful or a hindrance to your unit? What tasks do you wish Moxi could perform that would help in your shifts?