Get the latest news for nurses
EDUCATION
April 26, 2022

What Does RN Mean? The Meaning and History Behind Registered Nursing

What Does RN Mean?

RN is an abbreviation for Registered Nurse. RNs are medically trained professionals that care for patients. These initials are used for individuals that have completed the necessary schooling and passed the required NCLEX examination.

Becoming an RN is a lifelong aspiration for some. It takes hard work and dedication to make it happen. Started in the 1800s by Florence Nightengale during the Crimean War, modern-day nursing has transformed over the years to what it is today. However, nurses at one point in history were only men or even women of slightly lower classes. Educated women were not allowed to tend to the sick and dying. Nightengale changed that. And that is why she is revered by nurses around the world.

What is an RN?

A registered nurse is a licensed professional that administers hands-on care to patients in a variety of healthcare settings. An RN has passed the NCLEX and is licensed by either an individual state or has an enhanced nursing compact license (eNLC). RNs can specialize in many different fields and have the opportunity to advance their education.

Nurses can work in locations such as:

What Does a Registered Nurse Do?

Some of the registered nurse's duties and responsibilities include:

The History of RNs

Nursing dates back to Florence Nightingale. Also known as “The Lady With the Lamp,” was a British nurse that cared for the wounded during the Crimean War. Specifically, she cared for wounded soldiers at Constantinople.

Nightingale, the daughter of a wealthy British family, believed that educated higher-class women could care for the sick and dying. However, this job was not seen as a respectable career for high society women. Nightingale believed that scientific principles and informed education about healthy lifestyles could dramatically improve the care of sick patients. 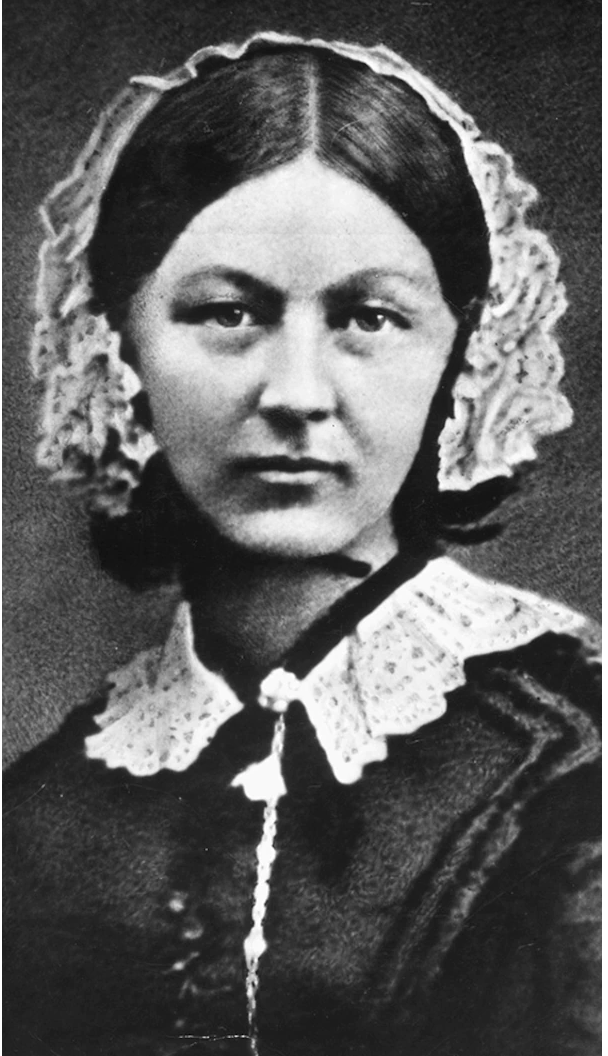 In 1854, British soldiers were badly wounded during the war and were dying at a rapid rate due to unsanitary conditions at the field hospitals and camps. The British government asked Nightingale to assemble a team of 38 nurses to travel to the military hospital at Scutari. Nightingale and her team of nurses reorganized the barracks hospital including:

As a result of Nightingale’s work, death rates dropped and soldiers were no longer getting sicker from unsanitary conditions. By the end of the 19th century, Nightingale’s work was shared around the Western world and the importance of educated nurses was seen as imperative. 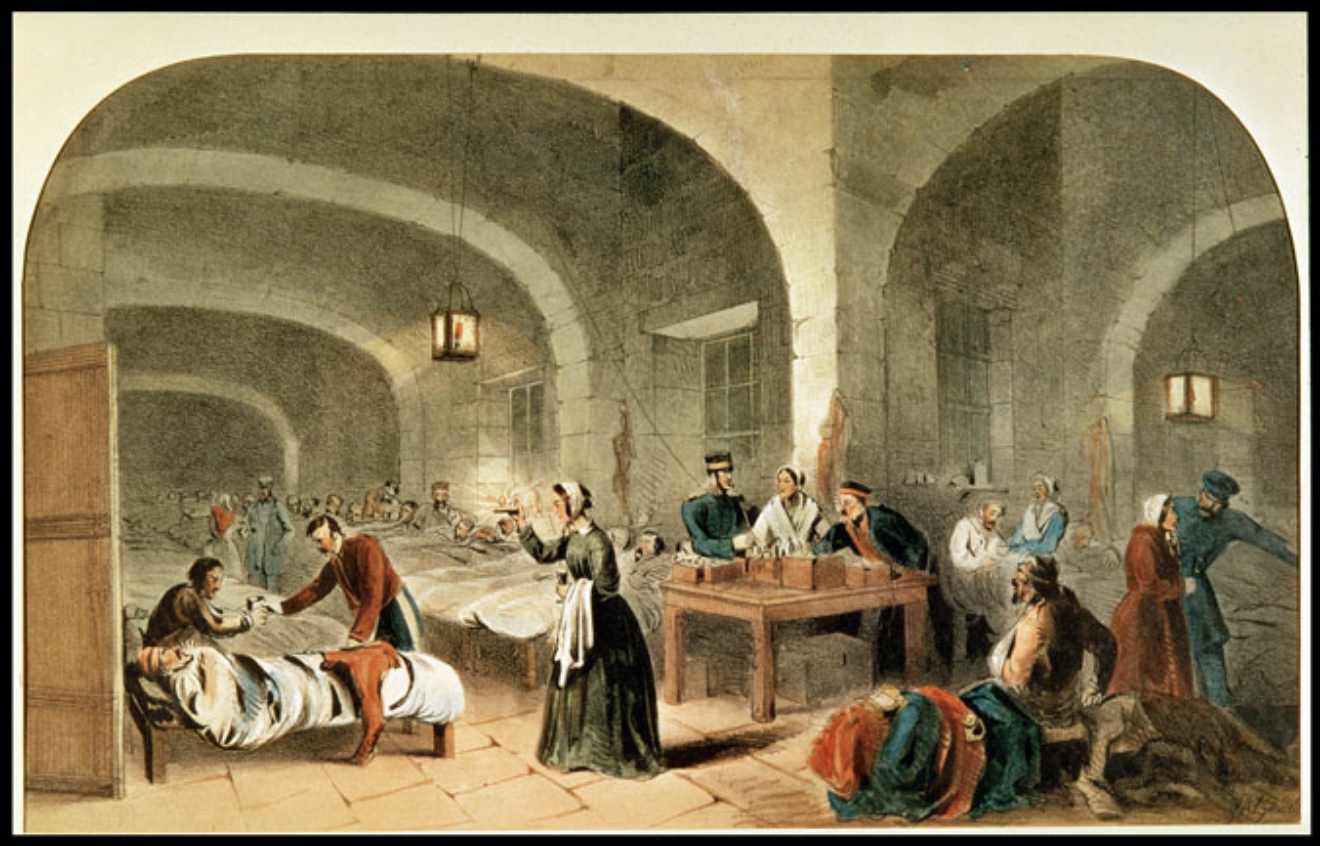 Two years after the war ended, she became the first woman member of the Royal Statistical Society for her use of graphs in healthcare. In 1860 she founded the Nightingale Home and Training School for Nurses to properly train healthcare workers.

As urbanization and industrialization grew, women from religious nursing orders were known for the quality of the nursing care they provided in the hospitals they established. Some hospitals only hired men to care for their patients, but most hospitals found that women generally cared for their patients better than their male counterparts.

In 1873, three nurse educational programs were established based on the teachings of Florence Nightingale in the United States: 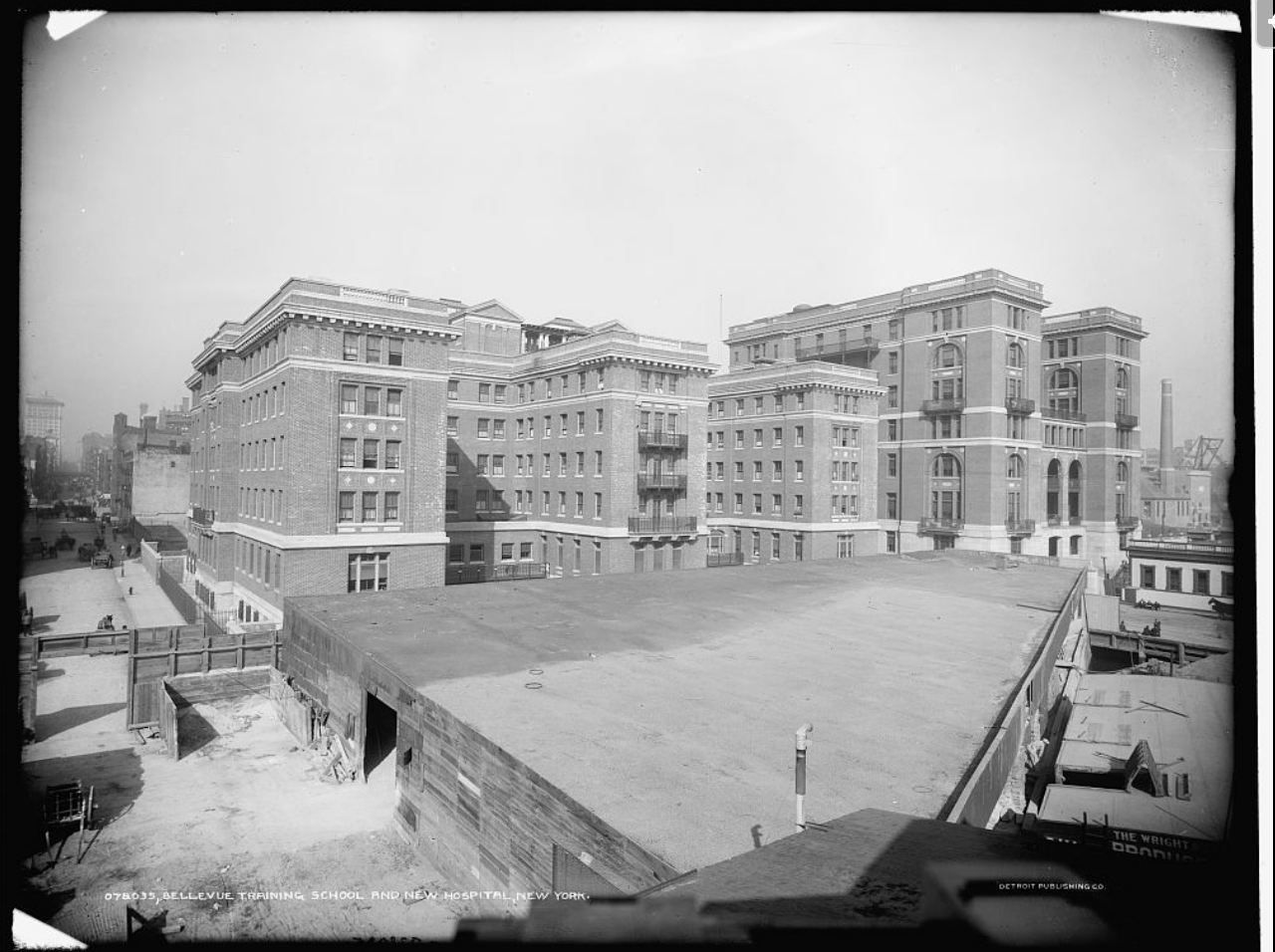 Hospitals established their own training programs for nurses. In exchange for lectures and clinical instructions, students provided the hospital with two or three years of skilled free nursing care. Modern-day tuition reimbursement. Unfortunately, while this seemed like a great idea at the time - nursing students were tied to hospitals instead of colleges and universities. Furthermore, African Americans could only seek training at schools established by African American hospitals. 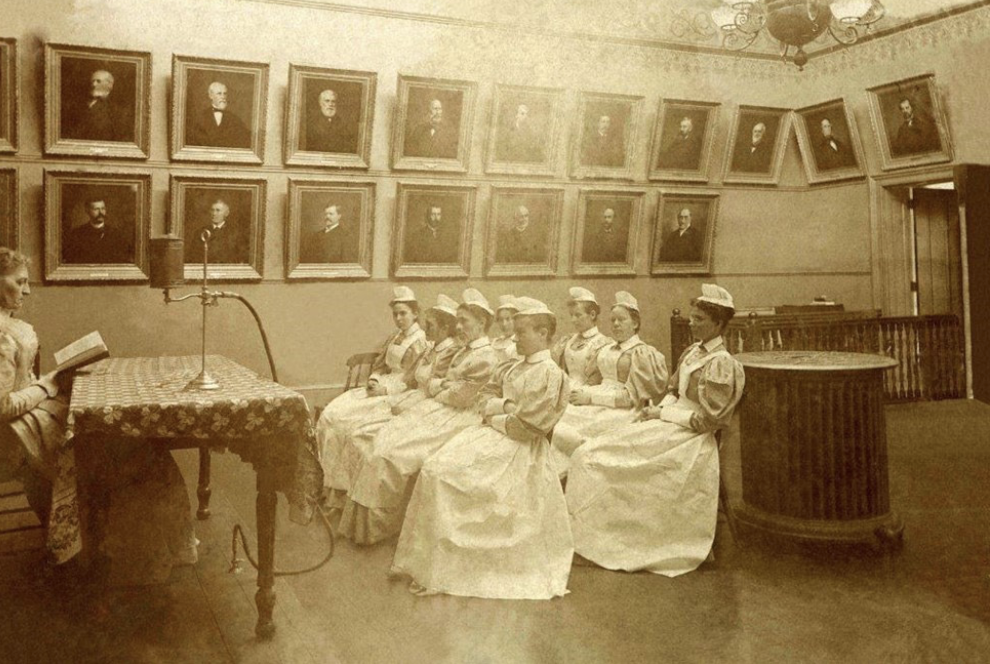 The success of the three aforementioned schools led to the creation of 400 to 800 schools by 1900. Additionally, in the 1890s, nurses organized two major professional associations:

Other major organizations, such as the National Association of Colored Graduate Nurses and the National Organization for Public Health Nursing formed in the early twentieth century.

What Does it Mean to Be an RN?

Being an RN is hard. Shifts are long and challenging. Patients and their families test your strength and can push you to your limits. You must have determination and willingness to be flexible.

If the last several years have taught the profession anything is that nurses are strong. Nurses have a voice. Nurses are no longer going to allow their roles to be diminished or lessened.

Making the Best of Hard Situations

There are countless unexpected realities to nursing. First and foremost, often what is taught in nursing school is not the reality of real-world nursing. More often than not hospitals and healthcare systems are short-staffed and assignments are heavier than anticipated.

This causes a burden on the current staff but also on the new graduates and orientees. Oftentimes, orientations are cut short or preceptors are also newer nurses, which puts the entire system in jeopardy and at a disadvantage.

Nurses should also be prepared to continue learning - even upon graduation. And that isn’t referring to continuing your education with an MSN or DNP.

Most nursing specialties are not actually taught in nursing school. For example, Neonatal ICU nursing is barely mentioned during nursing school. The basics of neonatal nursing is taught during obstetrics; however, it does not prepare nurses for their role in the NICU. Nurses should expect to study throughout orientation and beyond. Without continuing to learn and study - nurses will not have the ability to safely care for their patients.

What Does it Take to Be an RN?

You’ll need to earn either an ADN or a BSN from an accredited nursing program in order to take the first steps to become a registered nurse. ADN-prepared nurses can complete an additional step of completing their BSN degree if they wish.

It’s important to make sure the nursing program is accredited by either the Accreditation Commission for Education in Nursing (ACEN) or the Commission on Collegiate Nursing Education (CCNE).

Become a Registered Nurse by passing the NCLEX examination.

Step 3: Gain Experience at the Bedside

Find a position at the bedside in the specialty that you are interested in. This can range from pediatrics to critical care to an office or clinic.

While not required for all positions, earning a certification in your specialty will increase your earning potential and job opportunities.