Can a Nurse Practitioner Prescribe Medication? 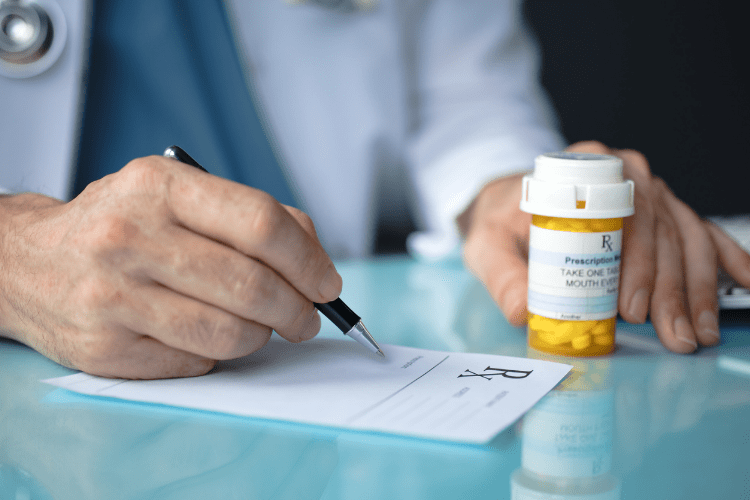 Yes, nurse practitioners can prescribe medications in all 50 states. This includes the power to prescribe antibiotics, narcotics, and other schedule II drugs such as Adderall.

Furthermore, in some states, NPs must enroll in the Prescription Drug Monitoring Program and/or Controlled Substances Reporting System. Physicians also must enroll in these programs in order to monitor opioid prescription distribution and combat the ongoing opioid epidemic.

Practice authority refers to the powers a nurse practitioner legally has to provide healthcare. These are set forth by the state and require legislation to change.

Nurse Practitioners must be aware of the privileges and limitations in their state’s practice authority.

The practice authority for NPs varies by state. Here's where each state stands as of 2021. 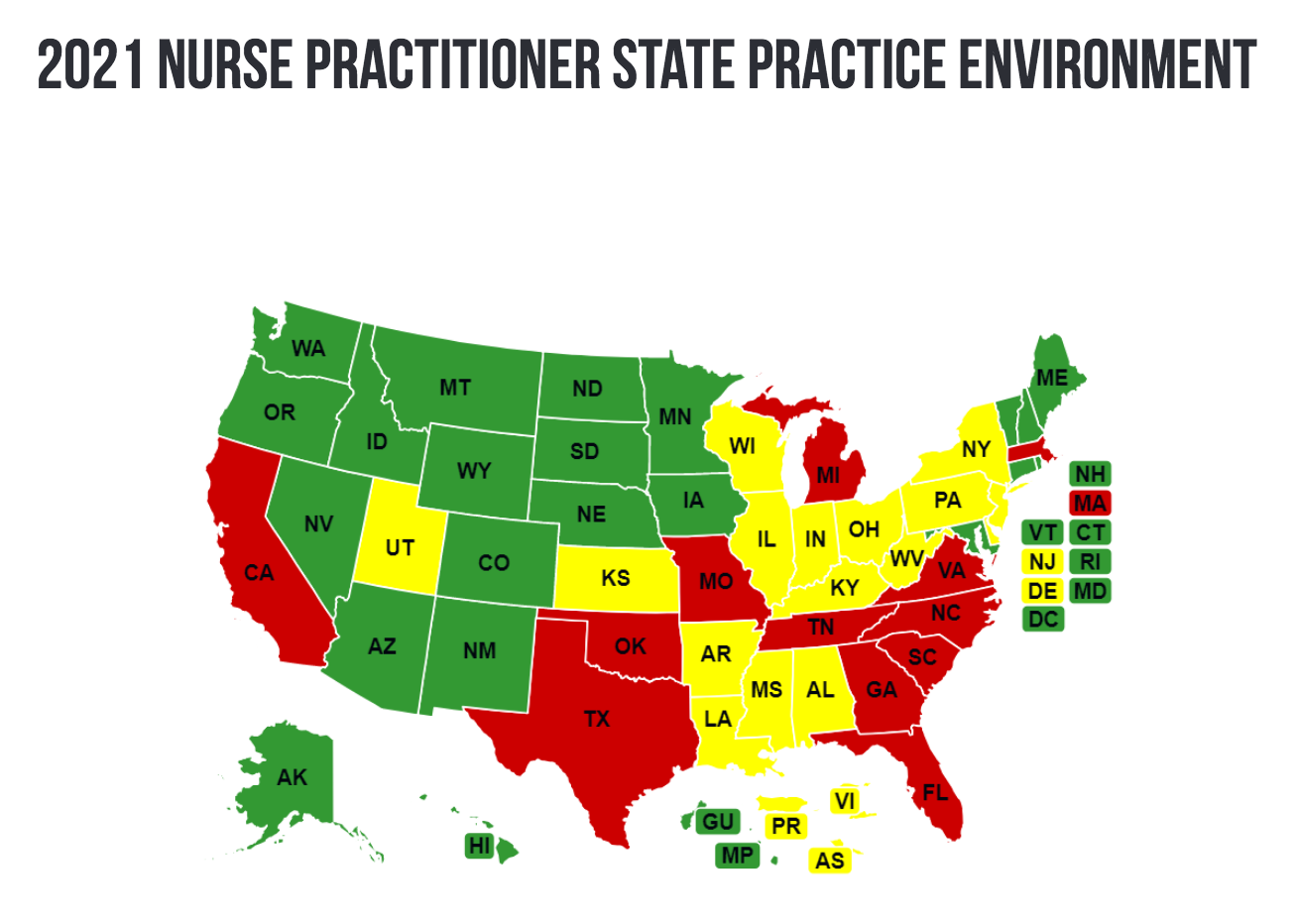 The history of nurse practitioners dates back to 1965 with the development of its first program at the University of Colorado. Initially developed as a certificate program, it later became a master’s program in the 1970s. By 1973 there were more than 65 NP programs in the United States and a National Association of Pediatric Nurse Practitioners.

In 1989, the passing of the Omnibus Reconciliation Act created limited reimbursement for NPs. With this act, NPs were seen as legitimate healthcare providers in the eyes of the government and insurers.

During the 1990s, nurse practitioners continued to fight for legitimacy in healthcare in the courts and the workplace. The Balanced Budget Act of 1997 granted NPs direct reimbursement and by 2000 NPs were legally able to practice in all 50 states.

In 2004, the American Association of Colleges of Nursing (AACN) began its initiative to require all NP master’s programs to transition into Doctor of Nursing Practice (DNP) programs.

The AACN initially hoped to reach this goal by 2015. However, in a study released in October 2014, the AACN’s Task Force on the Implementation of the DNP stated that less than a quarter of NP programs had transitioned into DNP programs.

Increased Authority During the Pandemic

COVID-19 is responsible for a recent expansion of the scope of power for many nurse practitioners. Due to the pandemic, the federal government and most states have loosened practice restrictions for NPs across the country.

While these loosened restrictions are only temporary, many NPs hope that their valuable role in pandemic response could lead to permanent changes. 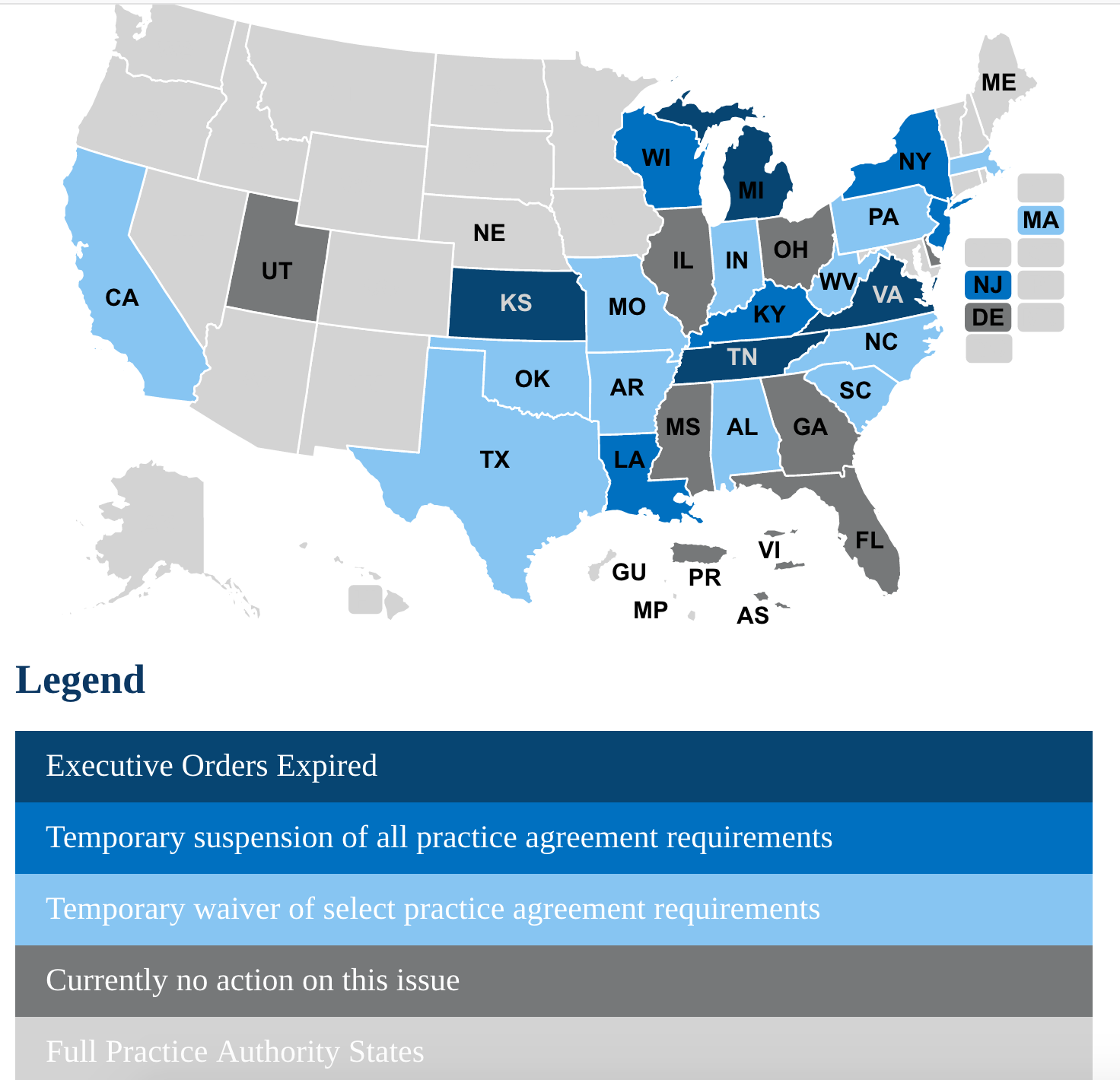 Several states, including Texas, have ongoing legislation seeking to increase NP practice authority. Prior to the pandemic, the state unanimously passed HB2250, which allows NPs to have more autonomy.

However, the legislation hasn’t kicked in and NPs in Texas are currently operating under restricted practice.

These restrictions limit the ability of the state’s nurse practitioners to treat patients. Furthermore, it creates overlap and busywork during a time where healthcare workers are stretched thin.

Full Authority at the Department of Veterans Affairs

Unfortunately, this has caused concern amongst physicians in the states that have NP restrictions.

One of the most controversial developments is currently happening in California where Governor Gavin Newsom signed bill AB-890 into law in September 2020 that won’t take effect until 2023.