Get the latest news for nurses
NEWS
September 25, 2020

Time Magazine has introduced its list of the 100 most influential people in the world and this year, two nurses are named for their influence on society.

The year 2020 has seen some interesting twists and turns, and the Time’s list reflects that with a diverse array of people that includes everyone from religious leaders to celebrities like Michael Jordan and Selena Gomez to yes, both Donald Trump and Joe Biden. And while the list primarily includes only living individuals, this year’s list also includes Ahmaud Arbery, George Floyd, Breonna Taylor and Tony McDade, as well as a special tribute to Ruth Bader Ginsburg. 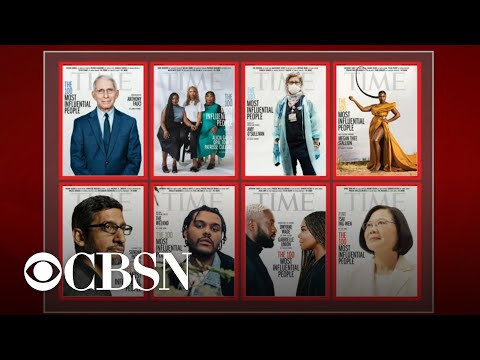 Every year, Time’s list is broken down into categories: pioneers, artists, leaders, icons and titans. Time’s CEO and editor in chief Edward Felsenthal wrote that this year’s list looks “far different” than anyone could have predicted only six months ago. "The TIME 100 has always been a mirror of the world and those who shape it,” he explained. “While you will certainly find people who wield traditional power on this year's list—heads of state, CEOs, major entertainers—it also includes many extraordinary, lesser-known individuals who seized the moment to save lives, build a movement, lift the spirit, repair the world....Their work challenges each of us to wield our own influence toward a world that is healthier, more resilient, more sustainable and just."

Eight of the individuals from the list, all from different categories, were also chosen to grace eight separate covers of the Time issue featuring the list. And following the sudden death of Ruth Bader Ginsburg, Time editors also announced there will be a special separate cover and issue dedicated to the icon.

The eight covers (you can buy a magazine with any one of the featured individuals you would like) feature: immunologist Dr. Anthony Fauci, performer and artist The Weeknd, Alphabet CEO Sundar Pichai, actor Gabrielle Union, athlete Dwyane Wade, rapper Megan Thee Stallion, the President of Taiwan Tsai Ing-wen, Black Lives Matter founders Patrisse Cullors, Alicia Garza and Opal Tometi and last but not least, one of our very one, ER nurse Amy O'Sullivan. 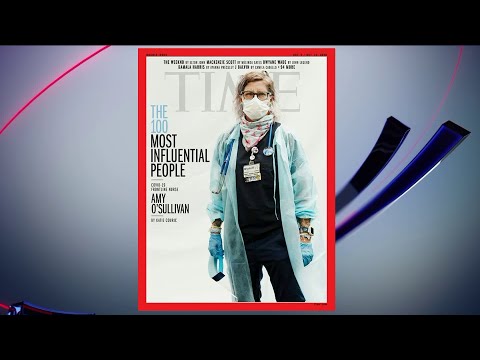 Front and center on the “icons” page is Registered Nurse and COVID-19 survivor Amy O’Sullivan, who landed a spot on the list with a summary written by Katie Couric. In her tribute to O’Sullivan, Couric explained that the 18-year veteran ER nurse treated New York City’s first patient to succumb to the novel coronavirus at Wyckoff hospital in Brooklyn.

Because the pandemic was still new in the U.S. and the right PPE was both not entirely understood nor widely available yet, O’Sullivan cared for her patient without adequate protection and was infected herself. She came down with the symptoms of the virus only a few days later and ended up intubated, spending a total of four days on a ventilator.

When she came off the ventilator, she went home and spent two weeks recovering--only to return right back to the hospital to get back to work caring for patients in the country’s hotspot, where a steady stream of patients kept her on busy constantly.

“Amy is just one of the millions of health care workers worldwide who risked everything to serve others,” Couric wrote about the courageous nurse. “Many moved into hotels, spare bedrooms, even garages at the height of the pandemic to protect their families. From doctors to janitors, the entire ecosystem that keeps a hospital functioning became a new kind of ground zero, their exhausted eyes conveying competence and compassion. There are two simple words for their heroism: Thank you.”

The second nurse honored as one of Time’s most influential people--under the “leader” category--is Registered Nurse Bonny Castillo.

Castillo is the executive director of National Nurses United and the California Nurses Association and was called both a “visionary” and a “leader” in her tribute, written by Dolores Huerta, co-founder of the United Farm Workers of America.

Known for her work advocating for nurses through labor movement and unions, Castillo was also among the first to draw national attention to the lack of adequate PPE to nurses on the frontlines. She was profiled by The New York Times for her fight to get nurses the PPE they needed to safely care for patients, and her efforts made a tremendous difference in highlighting the struggles that all healthcare workers faced.

In addition to her work fighting for PPE, Castilla also fought against the layoffs and pay cuts that some nurses were facing as hospitals and healthcare organizations raced to prioritize emergency and ICU departments over other areas.

“Bonnie does not just work to heal patients; she works to heal society,” Huerta wrote of the dedicated nurse. “As a mother and grandmother of nurses, I thank Bonnie, and all nurses—including those who have died while serving—for their heroic work in this critical time.”

Castillo responded to the prestigious honor of landing on Time’s list on the National Nurses United website, vowing to use the national recognition as a platform to further draw attention to her cause of supporting nurses in their vital work.

“This award is a great honor for all of our nurse members, across the country, and for nurses everywhere, union and non-union,” she said. “This award lets us know that our voice of patient advocacy is louder and more resonant than ever before. It means everything to receive such a prestigious award in confirmation that the world is listening to nurses.”