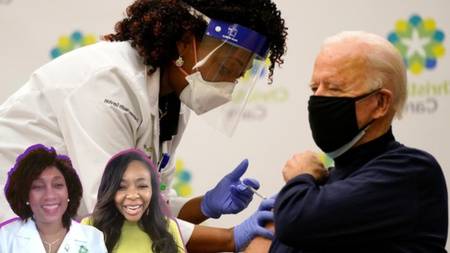 Back in the day, a student bringing a note from home might have been used to get out of gym class, or excuse some missing homework, or explain that school absence last week—but a note from a parent in Colorado can be used for a much different reason: permission to use medical marijuana at school.

What’s included in the bill

The new law also came with specific rules that included:

An updated law in 2019 has also expanded the pediatric population that can receive medical marijuana; for instance, HB19-1028 removes some of the physician restrictions for prescribing medical marijuana to individuals with autism who are also under the age of 18.

Nurses have had mixed reactions to the update, some citing fear of retribution without a federal mandate for protecting them for distributing the drug, while others lauded the move. For example, after a Vice article on the topic was shared, one nurse in the online Facebook group commented,

On the flip side, another Facebook commenter worried about possible repercussions. “So if DEA shows up and arrests the nurse on a Federal drug charge, what is the nurse’s defense in Federal court going to be?” he pointed out. “I don’t think saying Colorado doesn’t have a state law against it is going to keep them from being convicted and losing their nursing license. Until it is legal Federally, it is not really legal!”

According to Vice, the initial law dubbed the “Quintin Amendment,” was enacted after a movement started by the family of a third-grader named Quintin Lovato to legalize the use of medical marijuana in schools. Lovato’s family petitioned for medical marijuana as part of his treatment for epilepsy and Tourette's syndrome, as his healthcare team found that three daily doses of CBD oil helped minimize his symptoms, including seizures and vocal tics. With both parents working in the family, they had found the caregiver-administration-only law restrictive in ensuring Lovato was able to receive his dose at school. Allowing a school nurse to administer his mid-day dose helped his parents make sure that his treatment regime stayed on-task and he was able to have the most effective results from the CBD oil.

Just like Lovato used only CBD oil to help with his symptoms, the Colorado law affecting students is also meant only for the use of cannabis oil and does not extend to any smokable or edible forms of marijuana, which advocates point out is an important distinction.

And according to a January 2019 report by Medical Marijuana News, since marijuana was made legal in Colorado and has continued to expand its marijuana program, including recreational and medical marijuana usage, the state has seen a lot of changes. For instance, teen marijuana use is reportedly down, and medical marijuana use has also decreased, thought to be the result of more restrictive regulations that promote even adults seeking marijuana for medicinal purposes to choose retail over pharmaceutical routes of access.

What do you think? Should school nurses be allowed to administer medical marijuana to students?