If there’s one thing that we always look for after a storm, it’s rainbows. Those unexpected color bursts through the sky never fail to bring us running outside to look up with a smile on our faces. (Just admit it, you're never too old to get excited about finding a rainbow.)

And earlier this month, Lee Ann Jones, an ICU nurse from Florida, decided to spread a little of the positivity that rainbows give us by starting what she dubbed the #904RainbowHunt. She created the 904 Rainbow Hunt group on Facebook, asking anyone who joined to create a rainbow in their window and post a general location for neighbors so that they could go on a “hunt” to find the hidden rainbow.

Now, the movement has exploded, and thousands around the country are getting in on the rainbow hunt fun. 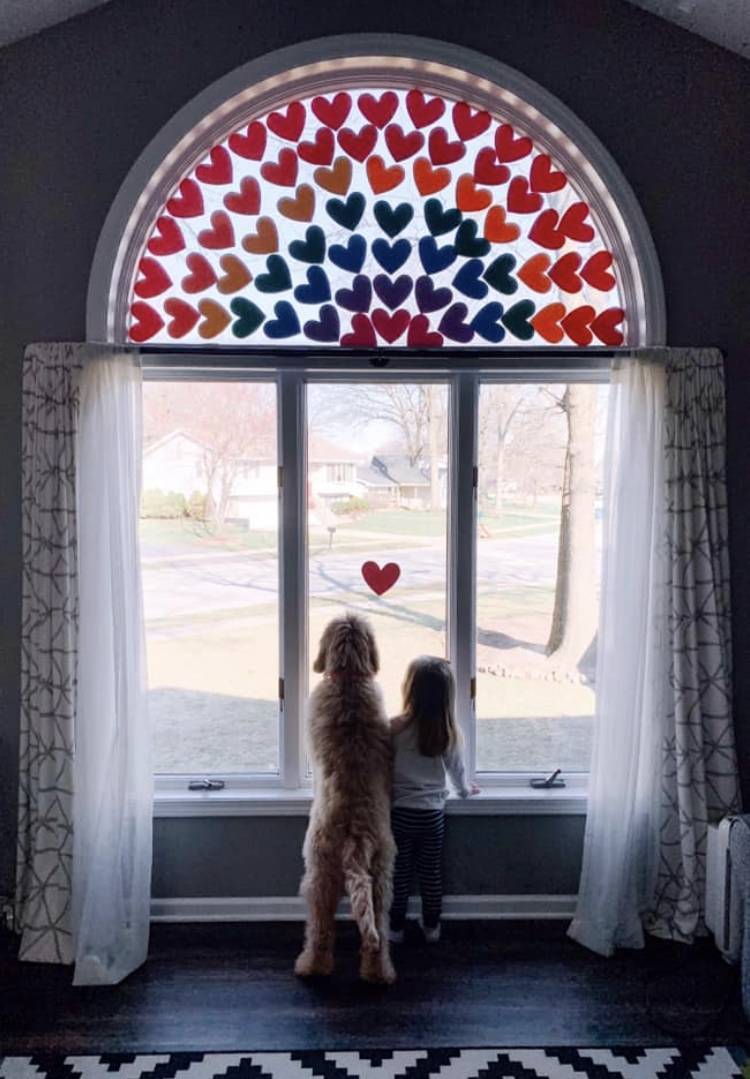 ”I believe rainbows the symbolism of it means hope and we need it right now because we need hope because this virus COVID-19, no one knows it’s unknown," Lee Ann Jones told a Florida news station. "The unknown is very scary.”

Jones told the news station that her sister in New York actually inspired her to start the group--and the rest has been history. Now, her original 904 Rainbow Hunt group on Facebook has over 5,600 members, with new members joining every day, and many on social media are sharing their own #RainbowHunt finds too.

How to Get Involved in the Rainbow Hunt 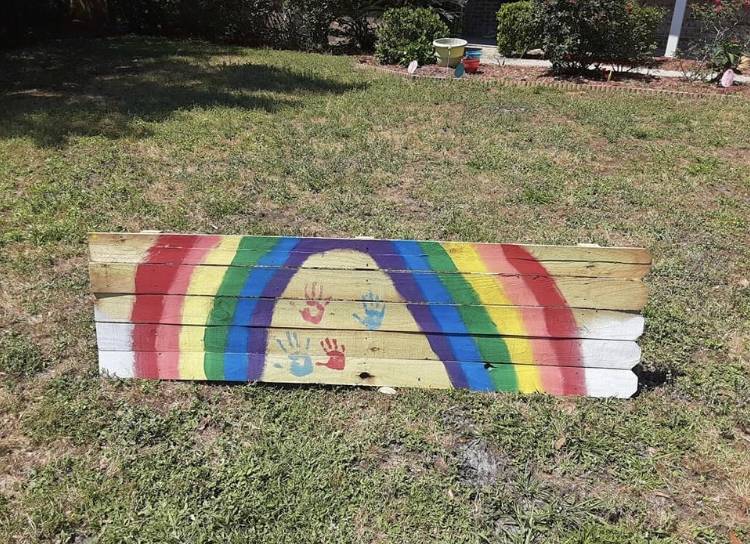 The rules of the Rainbow Hunt--as posted in her group--are simple:

It’s said that the trend originated in Europe, with Italian families posting rainbows in their own windows during their ongoing COVID-19 shutdown. And, although Jones is adamant that she doesn’t want any credit for coming up with the rainbows, she is definitely a part of the movement here in the U.S. Rainbows have been spotted across the country, from Michigan to Mississippi, and of course, all over Twitter. Some families have even made a point to display rainbows to local hospitals, hoping to put a smile on the faces of patients and healthcare workers inside. 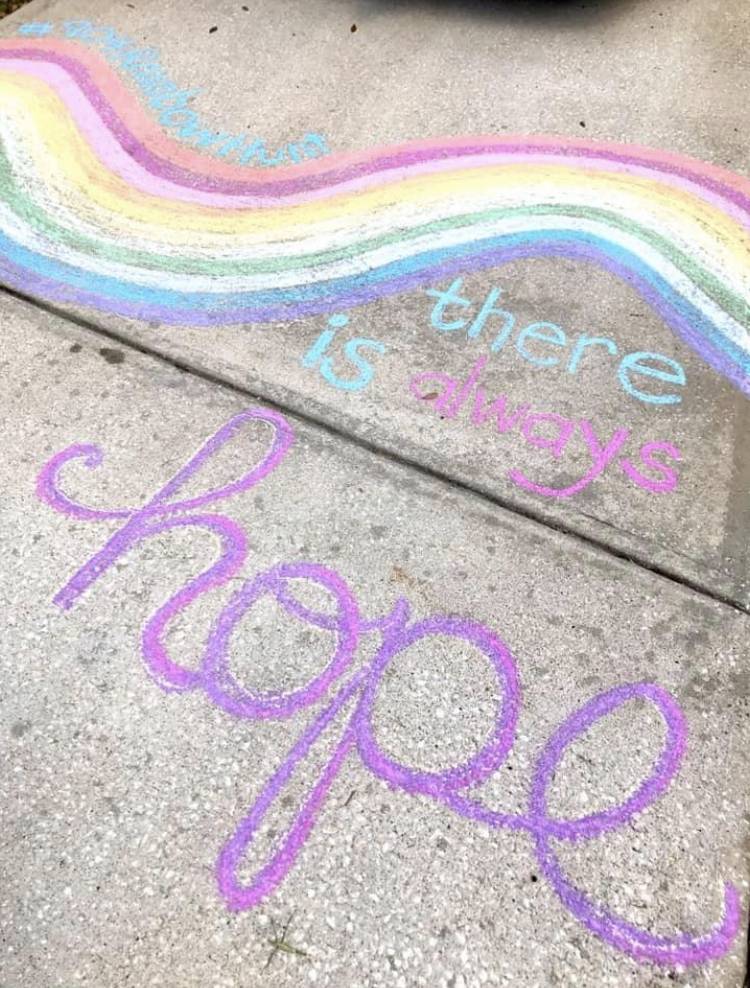 Jones added that the rainbows--and the hope they represent--are especially important to her as an ICU nurse. “Working in a hospital right now, there’s a lot of unknown, and I can focus on not fearing the unknown and allowing me to keep the strength to go back in and not to breakdown, to stay strong when I go into work," she told FirstCoast ABC News. "My focus needs to be on my patients.”

She and her fellow nurses even have posted rainbows in the hospital that they work at, as a way to provide reminders of hope both to the staff and the patients.

The need for hope--in any form--is so crucial to healthcare workers right now. Results from a March 16, 2020 survey of healthcare employees in the U.S. done by O.C. Tanner, which offers software and services to improve workplace culture, found that healthcare workers are experiencing much higher levels of fear and frequency of going into work while sick than any other industry.

The unprecedented demands on healthcare workers right now, along with the fears and anxiety about what they will be faced with on the job, and what they may bring home from the job, are all precursors to major burnout as well. O.C. Tanner also found that 48% of healthcare employees reported greater physical exhaustion (vs. 39% from all other industries) and 51% more mental exhaustion than average (as compared with 43% from all other industries).

Keep Looking for Your Rainbow

It’s not surprising that nurses would be part of a larger movement to spread hope, even in the midst of so much hardship. Nurses are on the frontlines seeing the worst of the worst, and yet, if they can find a way to make someone else smile, they will do it.

We know we are going through a storm right now, but after the storm, comes the rainbow. And now, more than ever, people are trying to remind themselves to keep searching for that rainbow after this storm.

If you want to get involved in spreading hope with your own rainbows, you can create rainbows to hang in your windows, start up a group for your neighborhood like Jones did, or share your artwork on social media with the hashtag #rainbowhunt.