Nurse Indicted For the Death of an Inmate, Officers Who Hog-tied Him Not Indicted

Another day, another nurse was charged with the death of a patient. The five detention officers that were present had handcuffed the man, and are seen in security videos kneeling on him were NOT charged.

On April 4th in Winston Salem, North Carolina a nurse was indicted by a grand jury in the 2019 death of an inmate at Forsyth County jail in North Carolina.

Michelle Heughins, who worked as a nurse at the county’s jail, was charged with John Neville's, 56,  death, which prompted protests during the summer of 2020. Triad Abolition Project staged a 49-day occupation of Bailey Park.

Neville died in December 2019 after a medical emergency at the jail. Body camera videos showed him struggling with guards to get up from the floor. He is noted to be calling out for his mother and yelling “I can’t breathe!” more than 20 times as he was being restrained by five detention officers. 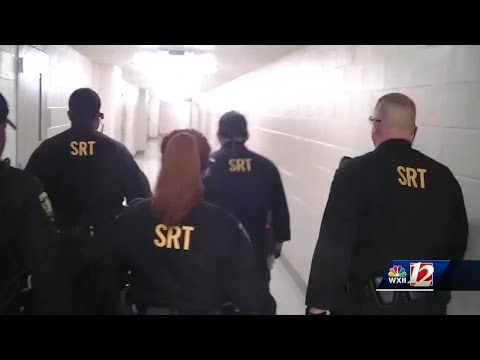 The five detention officers were originally charged; however, the grand jury found there was not enough evidence and the blame was solely on the nurse at the time.  An autopsy report said he died from a brain injury caused when his heart stopped beating. He asphyxiated while being restrained with his arms behind his back, and his legs folded.

“In this way, even if every single person involved in the murder of John Neville was indicted, there could still be no justice because Mr. Neville is still gone from his loved ones and the conditions which allowed him to be brutalized in his cell while Sheriff’s Deputies maliciously and callously joked about breaking handcuffs as he gasped for air still exist,” the group's statement said.

So why is Heughins the only one going to court and possibly serving life behind bars? Reports show that she should have been able to save Neville and it was her duty to do everything in her power to get him the proper help he needed. Furthermore, it is reported that Heughins ignored Neville’s calls for help.

“Michelle Heughins was the only person who tried to save Mr. Neville at the jail that day,” Rauscher said. “It was the detention officers who restrained him and put him on his stomach, handcuffed, and had her leave the room.”

Officers were called to Neville’s cell after the cellmate said he fell from his top bunk bed. When detention officers went to the cell, he was shaking and sweating, with vomit on his clothes and blood around his mouth. He was then placed into a restraint chair and moved to another room. At this point, Heughins claims she was asking for the officers to remove the handcuffs so she could assess the patient and situation. She was able to check a pulse and there wasn’t one.

Officers tried to remove the handcuffs but the key broke and the officers had to resort to boltcutters. According to court records, Heughins was yelling at the officers to hurry so she could perform CPR on the inmate. Neville was mostly unresponsive. As Neville cried for help and was gasping for air, detention officers are seen kneeling on him and telling him if he was talking then he was breathing.

It is unclear why the detention officers were not indicated despite overwhelming evidence against them. As a result of the incident, Heughins has lost her nursing license and the chances of it being reinstated are slim.

The case is set to appear before the Forsyth Superior Court on May 20th.