Real-life nurse Amy O’Sullivan, who treated one of the very first COVID-19 patients in Brooklyn, New York, is now a Barbie. Mattel announced that they were honoring O’Sullivan, who was named one of Time Magazine’s 100 Most Influential People of 2020, with her very own Barbie likeness.

The nurse was presented with her tribute Barbie alongside six other healthcare worker heroes that Time honored. Although the tribute Barbies are not for sale, your kids can still learn about the stories behind the dolls and pick up their own healthcare worker hero Barbies (Florence Nightingale anyone?) to inspire the next generation of hero nurses. And, if you buy any Barbie from Target, Mattel will donate $5 to the First Responders’ Children’s Program as part of its #ThankYouHeroes campaign.

“Today we are proud to honor six frontline workers from around the world, with one-of-a-kind #Barbie dolls in their likeness,” @barbie posted on their Instagram account. “From an ER nurse to a biomedical researcher and more, these heroes continue to rise up to serve their communities in this time of need and are inspiring current and future generations to follow their lead. #ThankYouHeroes”

Barbie, but Make Her Badass

First of all, can we just take a minute to admire O’Sullivan looking like a complete bad-ass nurse? I mean, just look at this Time magazine cover of her: 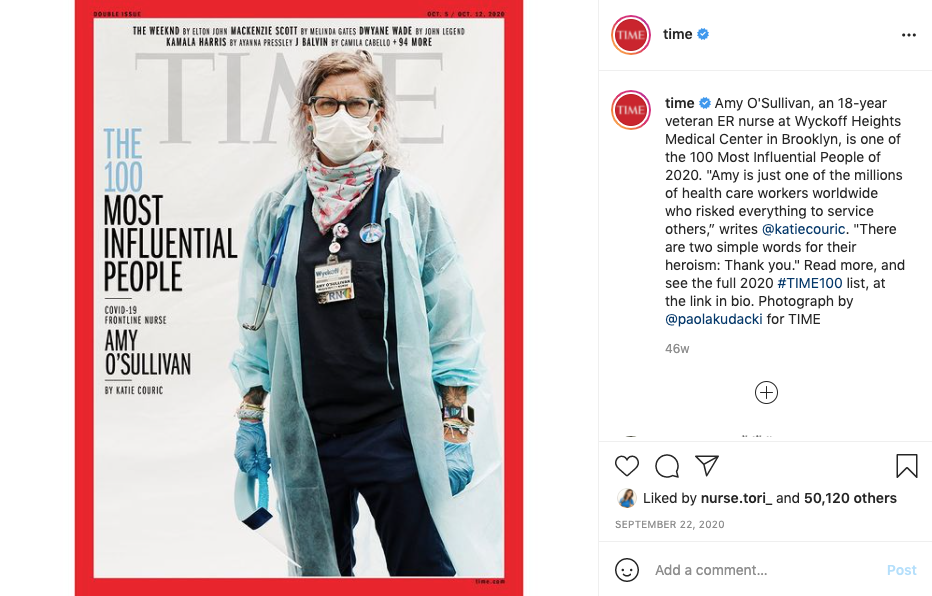 This is a nurse who has clearly seen it all and is not fazed by anything you throw her way. The tough stance, the no-nonsense stare that lets you know she will not let you get away with anything on her shift, some of the 30 tattoos she sports peeking from beneath her scrubs – this is one cool nurse.

O’Sullivan looks like the epitome of what I would imagine an ER nurse veteran looking like, and that’s because that’s exactly who she is. The ER nurse is an 18-year veteran from Wyckoff Heights Medical Center in Brooklyn. And not only did she treat Brookyn’s first-ever COVID-19 patient, an 82-year-old woman with the virus, but O’Sullivan became infected herself. She battled the very virus she had been fighting as a nurse, and survived, even after being intubated.

O’Sullivan told Time that she appreciated the recreation of the details that make her who she is on the doll, right down to the flower tattoo on her neck.

“I used to get a hard time from the administrators about my tattoos and my hair and my pants being rolled up. But I didn’t want to be like anyone else,” she told the mag. “I’m 58 so I had no role models when I was growing up. This, I think, shows kids it’s O.K. to be different. It encourages them to be themselves.”

O’Sullivan’s Barbie is one of six other frontline workers who were turned into Barbies by Mattel. The list also included: 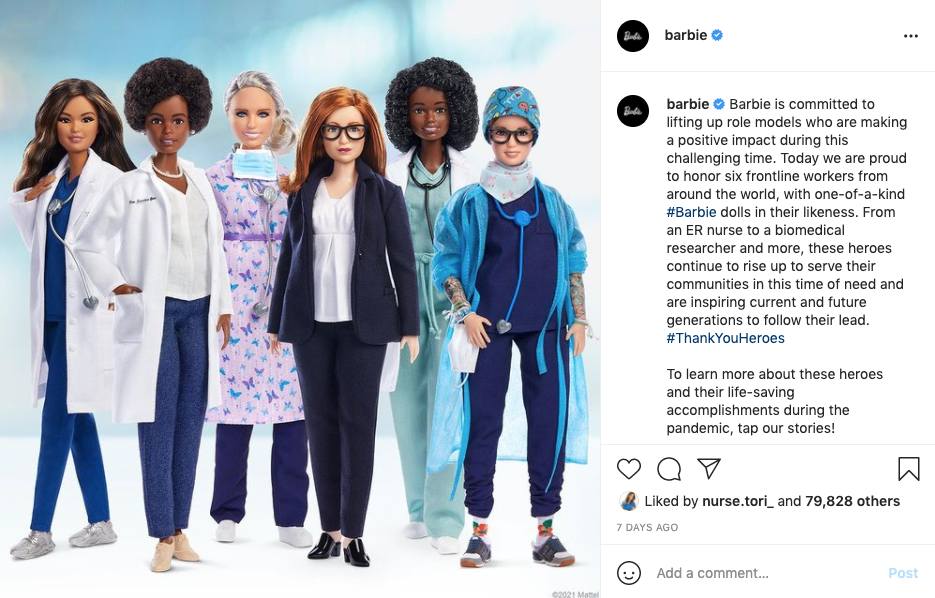 Somewhat ironically, O’Sullivan also told Time that she never actually played with Barbies herself growing up (she was more of a Ken doll fan). But, she and her partner, Tiffany Latz, 46 – who, of course, also happens to be a nurse because this is one cool family – did pick up some of Barbie’s gender-neutral dolls for their daughters, Ocean, 14, Kali, 12, Summer, 6.

And as for O’Sullivan’s Barbie version of herself, she won't be being played with either – the nurse told the New York Post she plans to stash the Barbie safely on a shelf in her bedroom, where the rest of us can continue to look up to her.

“When I was younger I always felt like an outsider — nobody ever looked like me, talked like me, walked like me. I had no role model at all when I was growing up,” she told the Post. “So if I can be some little girl’s role model that feels like this, I would love that. That would be super cool.”