Get the latest news for nurses
INDUSTRY
September 19, 2022

15,000 Minnesota nurses walked off their shifts on Monday, September 12th, calling for better pay and bolstered staffing policies in the name of patient safety. The planned strike lasted for three days, a move the nurses made intentionally out of concern for patient safety, a union spokesperson told USA Today. According to reports, nurses requested a 30% wage increase over 3 years, along with staffing commitments, which hospital executives have said is not possible.

Today is the first day after the strike and according to the Facebook page for the Minnesota Nurses Association (MNA), the public should “stay tuned” for what comes next. 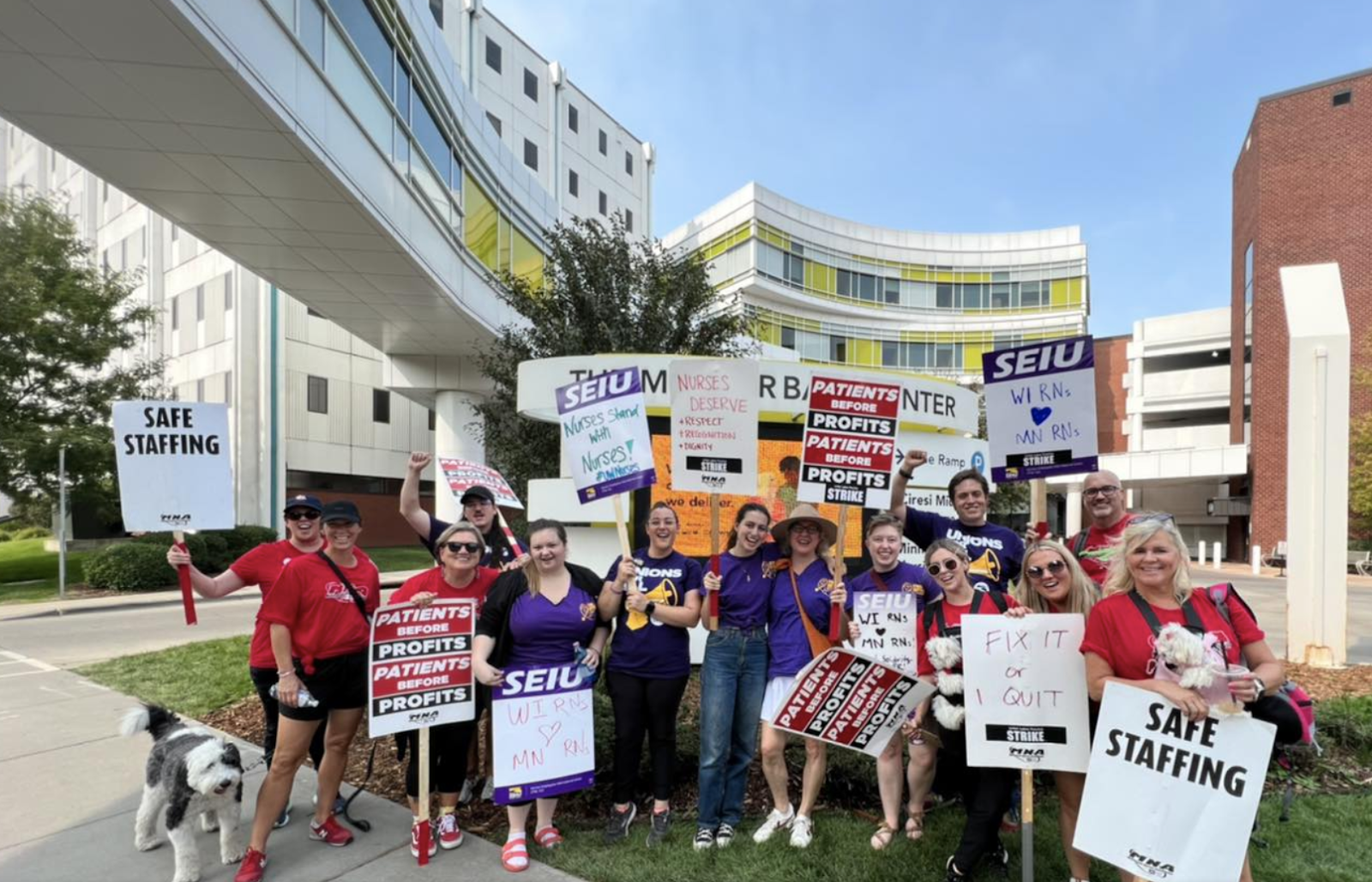 The strike involved 7 different hospitals in Duluth and Minneapolis regions. According to the MNA, the strike was also one of the largest in the private sector. The MNA posted several updates on their website describing the events leading up to the strike. They noted that MNA members voted to strike after attempting to negotiate with hospital executives for more than five months, with some nurses working without contracts for several months. According to the MNA, the primary issues nurses were attempting to negotiate included shift staffing, retention, and better patient care solutions.

“Hospital executives with million-dollar salaries have created a crisis of retention and care in our healthcare system, as more nurses are leaving the bedside, putting quality patient care at risk,” said Mary C. Turner, RN at North Memorial Hospital and President of the Minnesota Nurses Association. “Nurses do not take this decision lightly, but we are determined to take a stand at the bargaining table, and on the sidewalk if necessary, to put patients before profits in our hospitals.”

The MNA also listed several hospital CEO salaries on their page, along with current patient-nurse staffing ratios. For instance, according to the MNA, M Health Fairview CEO James Hereford took a 90%  raise in 2019, which brought his salary to over $3.5 million, but the CEOs with high salaries offered nurses annual wage increases of 4%, which the MNA said was “well below” current inflation and cost of living rates. “Hospital CEOs with million-dollar salaries can afford to put Patients Before Profits in our hospital and to do right by Minnesota nurses,” the MNA stated. In a live video posted to their Facebook page on Wednesday, the MNA shared footage of Mary Turner, President of the MNA speaking to a crowd gathered in support of nurses on strike.

“We are the ones that are showing all the workers all across America how it is to fight and what it means to stand up for your contracts but not only that stand up for the working people of America,” she added.

Matt noted that Essentia Health is “disappointed” that the MNA focused its efforts on a strike instead of the bargaining table, where he added “solutions occur.” His comments  continued as follows: “We continue to believe that it’s imperative for both sides to exhaust our options in pursuit of a mutually beneficial agreement. One of those options, which we’ve repeatedly requested, is mediation. Unfortunately, the union has consistently declined this request.

Essentia is proud to have some of the finest nurses in the country. We value the outstanding care they provide while uplifting our mission of making a healthy difference in people’s lives. However, we cannot agree to the MNA’s request for a 27% wage increase because it’s not responsible.”

As of Thursday morning, Matt also explained where MNA and Essentia Health stood: “We are hopeful the MNA will agree to a return to the bargaining table as soon as next week. Nobody wins in a strike — not the nurses, not hospitals and, most importantly, not our patients or communities.” Currently, the strike has ended as of Wednesday evening, which marked the end of the 3-day strike. However, no resolution has been reached.

As of press time, Nurse.org had not heard back from requests to MNA for updates.  Reports online state that an agreement has not been reached on either side, from either the nurse’s union or the hospital systems’ executives. Nurses who were on strike were able to return back to work with 7 AM shifts starting today and there are reports that they will return to the table to negotiate once again.

There is no official word yet if a second strike is planned.