On Thursday, May 12th the United “Million” Nurses March started at the Freedom Plaza in Washington, DC, and ended at the Capitol.

There are several reasons the march was held including,

Nurseify’s CNO/COO said, “Nurses deserve fair wages that are not capped. Nurses deserve a safe environment to care for their patients without worrying about violence from patients. Nurses deserve safe patient ratios in all clinical settings. Nurses also deserve an environment free from bias and racial discrimination. It will take effort and unity from all of us to see these changes and the march is an important step in that direction.”

National Nurses March, the organizers of the march, is an organization that “value peaceful lifting of our nurse voices united on a national level in an effort to be heard that will promote change nationally for nurses for fair realistic wages; including no caps, safe staffing, no violence against healthcare workers, and changing the culture of the biases and discriminations in the nursing profession.”

According to the website and official Facebook group, National Nurses March make it very clear that they are not: 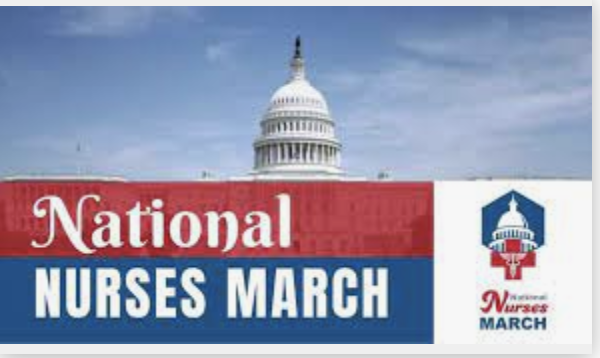 Prior to the march, there was some controversy over the true purpose of the march. What started as a march solely in hopes of getting Congress to pass different legislation that will keep nurses safe as well as increase wages turned into much more.  Nurses bonded over their love of the profession but also their grief from the last three years.

"None of us want to leave bedside nursing," Cindy Reuss said. "But we cannot do it. With eight to ten patients, it's not safe. We just want the opportunity to be good nurses." Reuss recently left her job after 17 years due to unsafe staffing and patio ratios.

The reality is that nursing is one of the few professions in which a patient or family member can cause bodily harm to the nurse and there are minimal repercussions. Nurses are not allowed to fight back when hit or attacked. Nurses are highly discouraged from pressing charges. Nurses are sick of it. 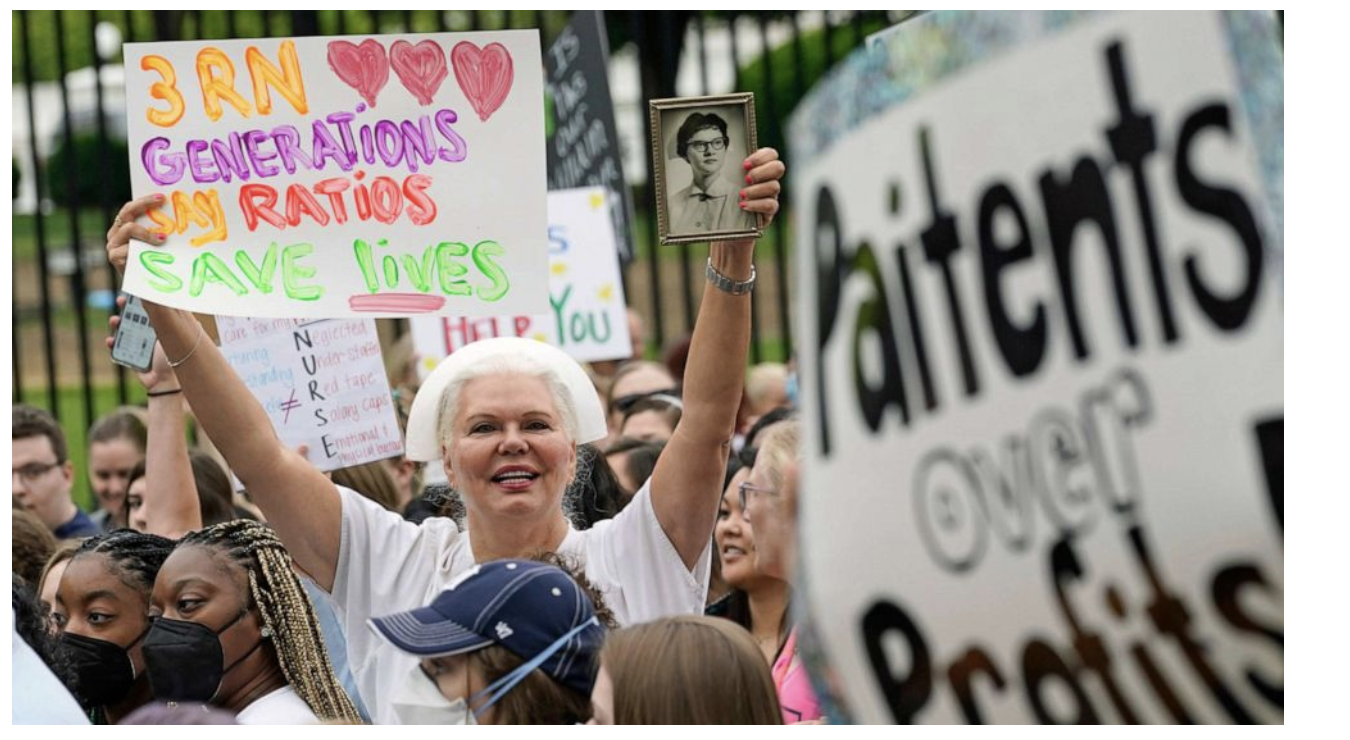 Veronica Marshall, from the Philadelphia region, has been a nurse for over 24 years and is one of the main organizers of the National Nurses March.

“Our voices, we need to be heard,” Veronica said. Nurses were expected to travel from all over the country for the march, which was even more timely because of the sentencing of RaDonda Vaught the next day.

Marshall encouraged participants to post stories to Instagram from the day to help those not able to be present at the March. Under the #nursesmarch  hundreds of pictures and videos were posted  in real-time.

"This is a time where the health care industry and hospitals have made record profits while [nurses] are leaving the bedside," Adriane Carrier said. "50,000 more nurses will be leaving the bedside. There will be no more nurses to take care of Americans and our country and that is going to be the biggest tragedy of all." Adriane Carrier has been injured three times on the job and spent two and half years out of work. 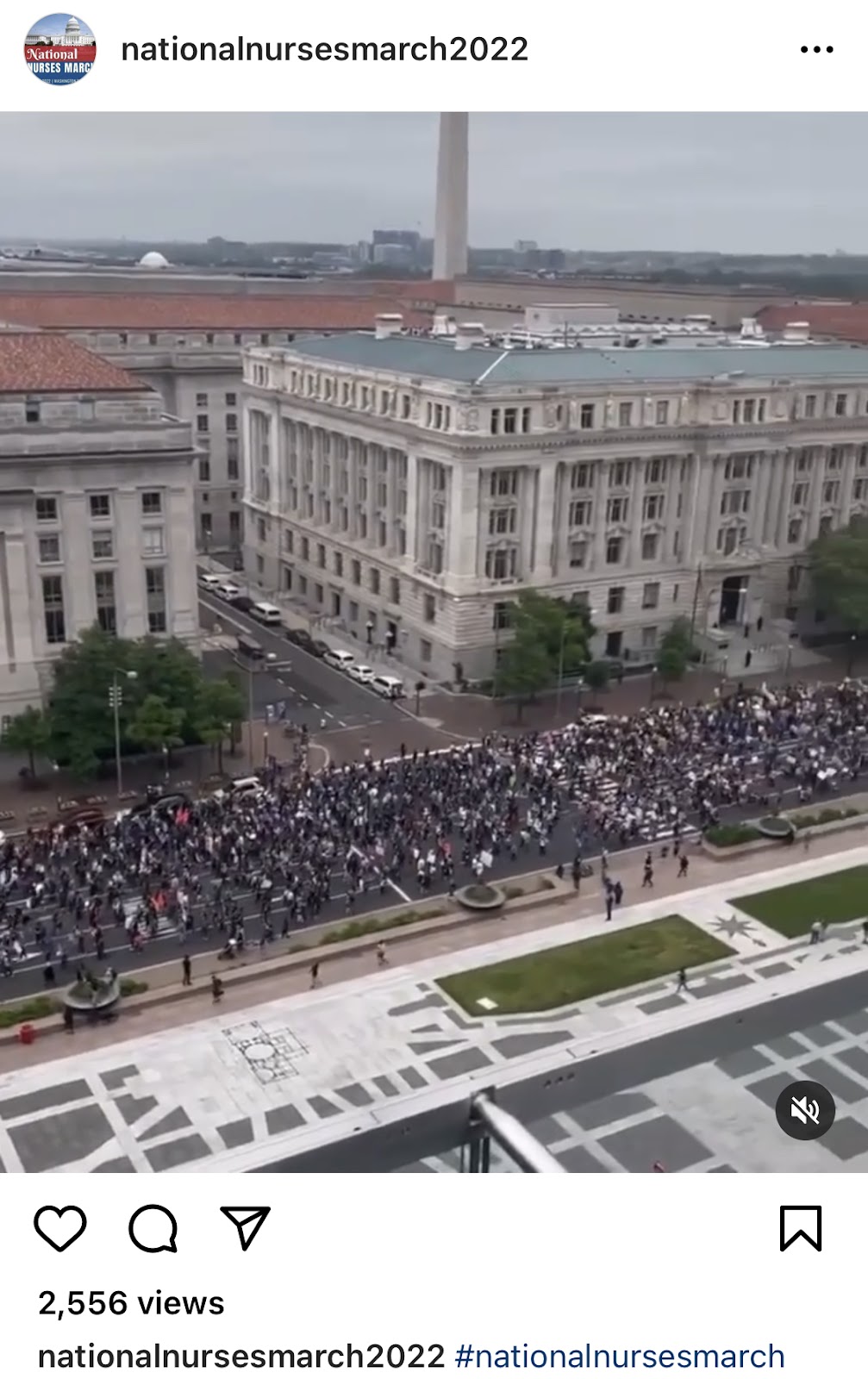 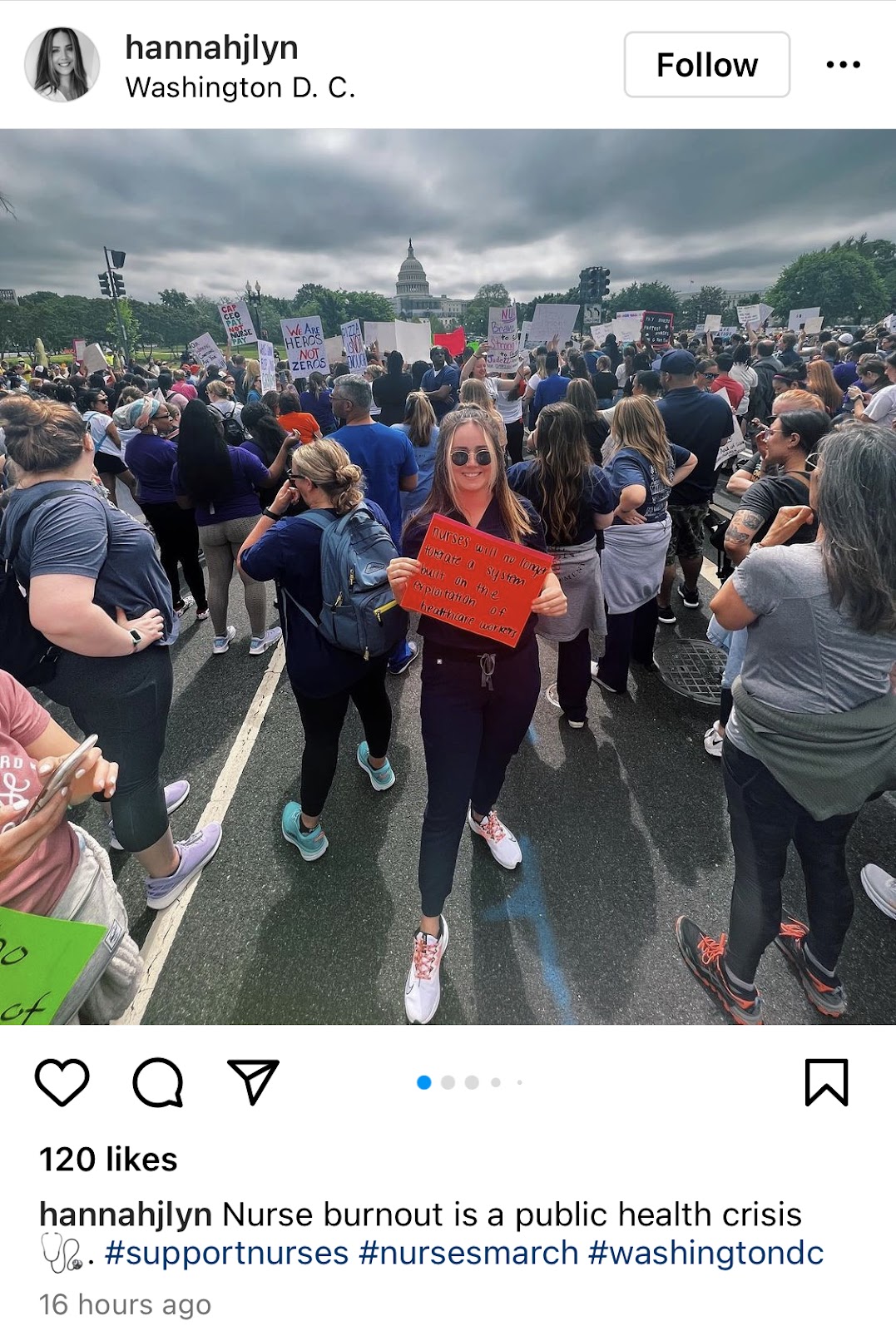 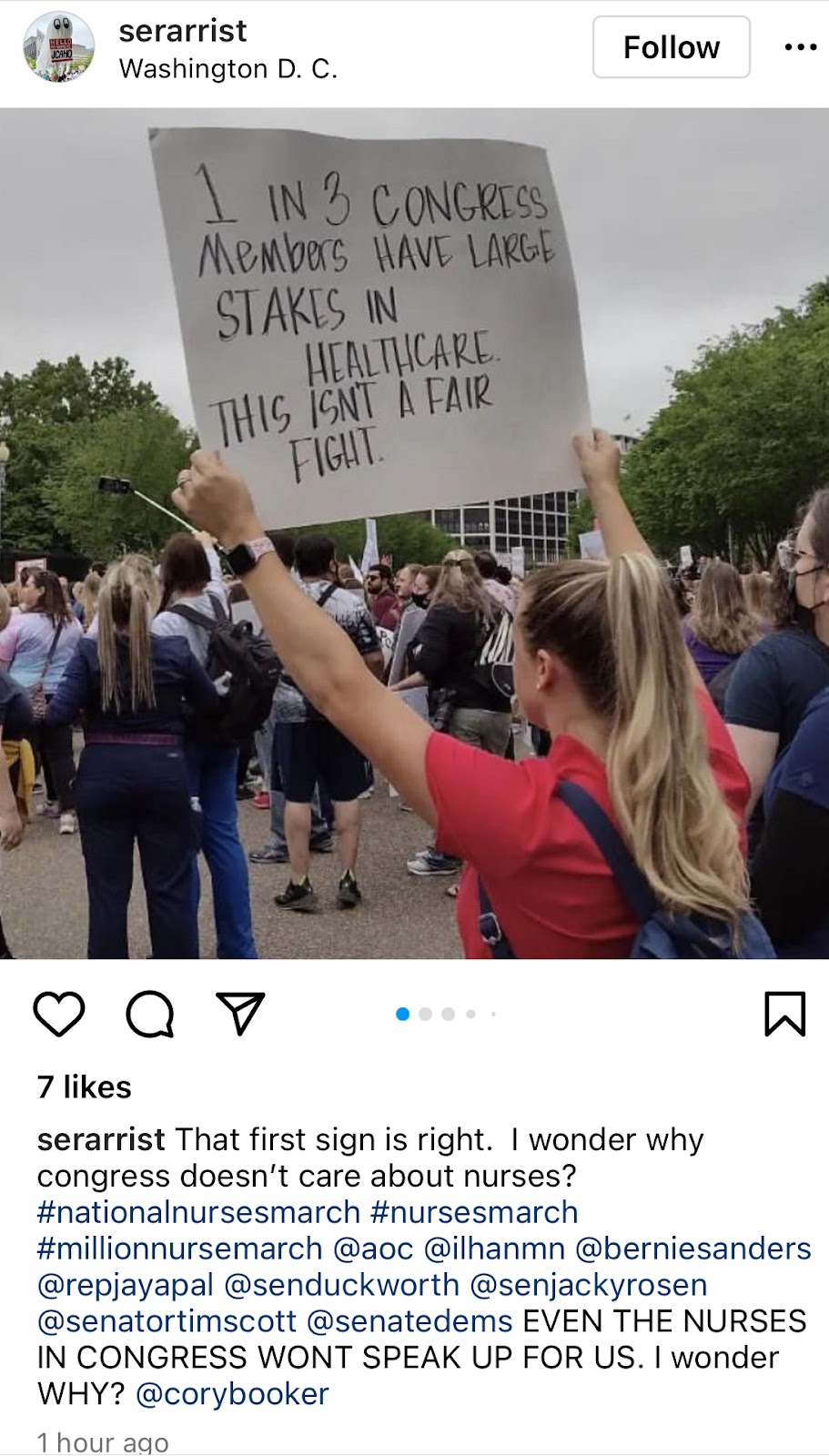 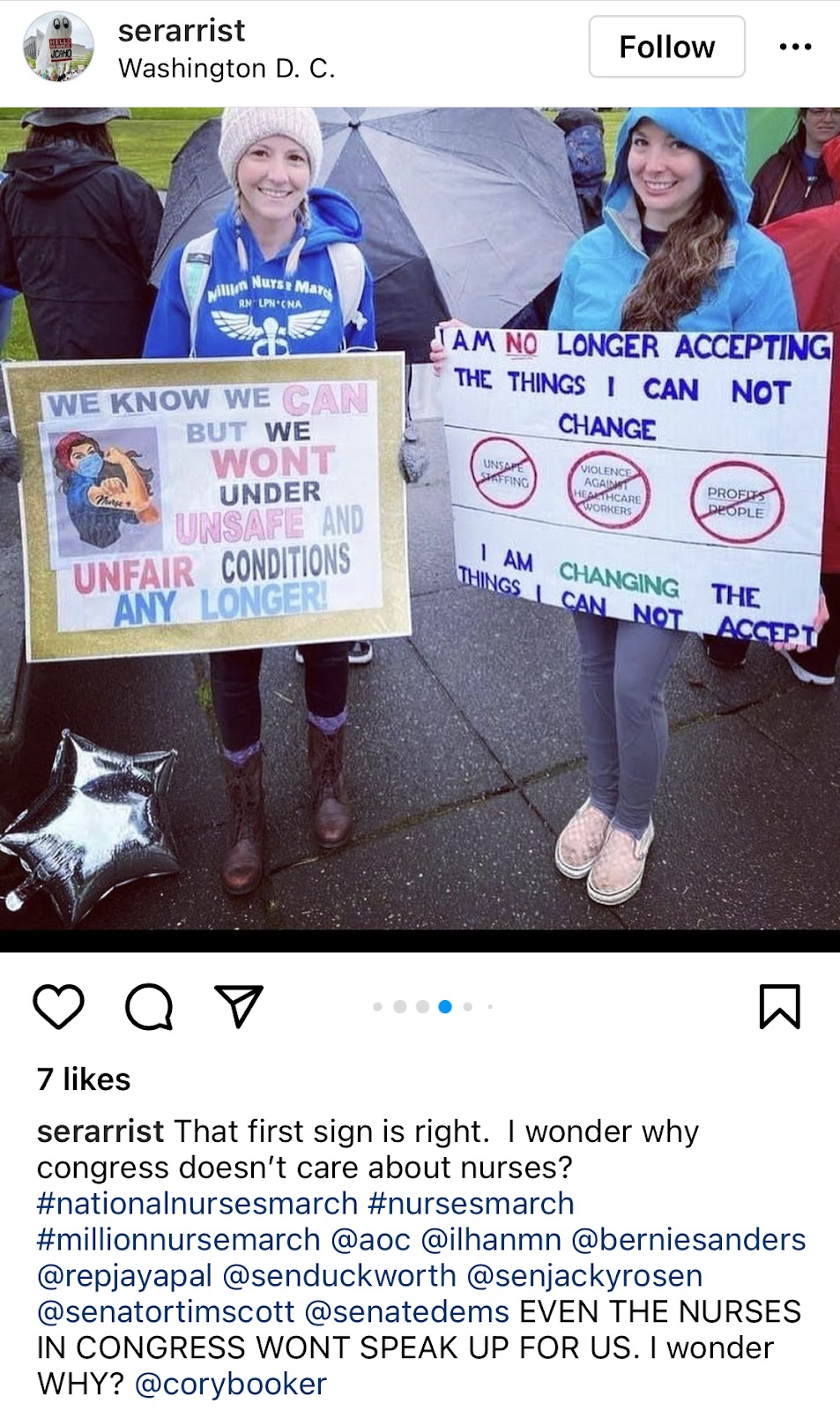 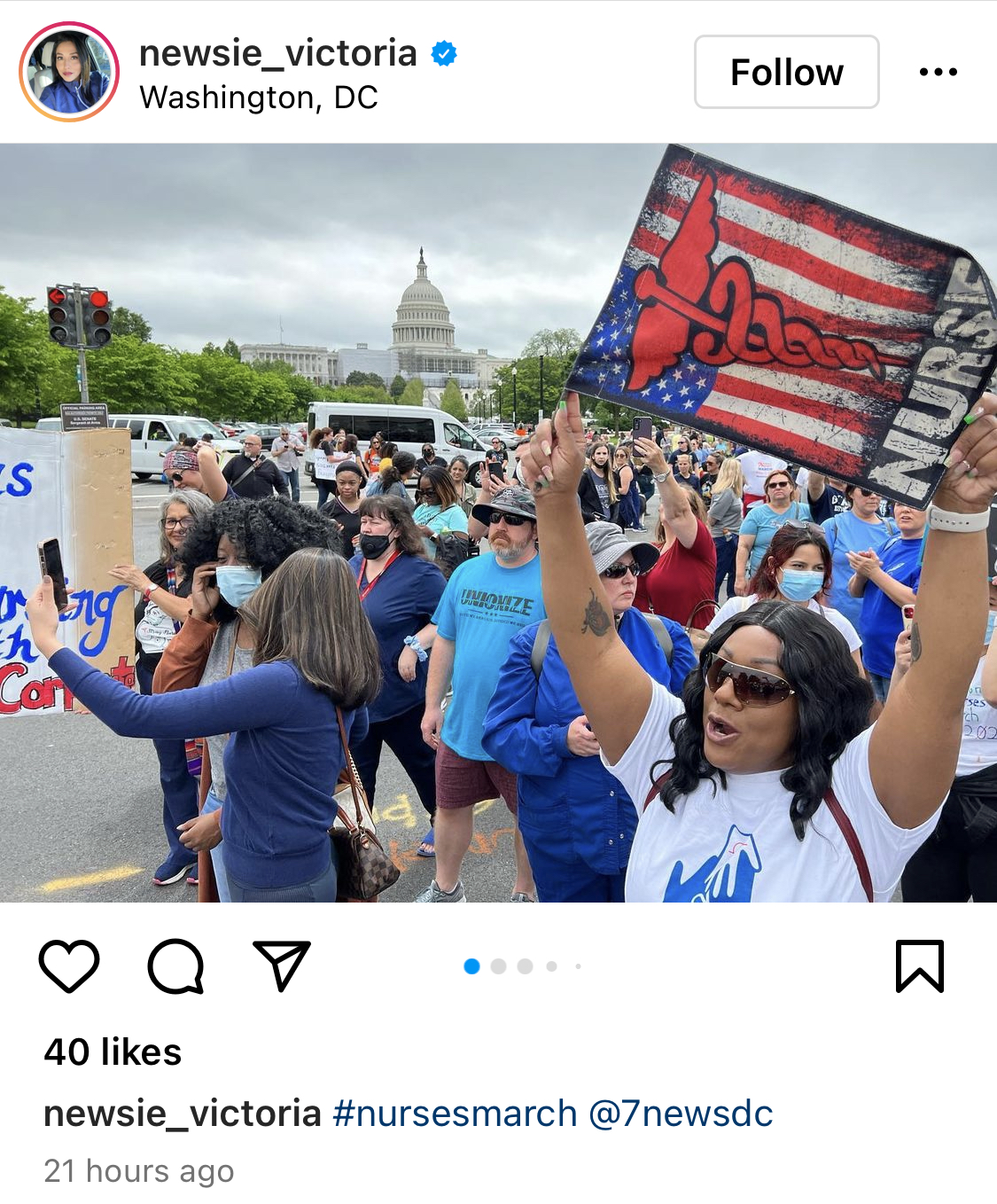 You know all nursing jobs aren’t created (or paid!) equally, but do you know which nurses are making the most money in 2023?