Get the latest news for nurses
INDUSTRY
April 14, 2017

Nurse Bullying: Stand Up And Speak Out

Some would argue that the nursing profession demands more from its nurses than it gives. Working 12-hour shifts, coping with trauma, managing multiple complex patients while often short-staffed, working without adequate meal breaks, and comforting heartbroken family members is only the tip of the iceberg for hospital-based nurses.

Nurses often seem to do their work effortlessly despite how complicated their jobs really are. Nurses have a sense of grace, selflessness, and compassion that society has come to expect from these caregivers. To illustrate the profession’s standing, nurses have ranked as the most trustworthy professionals for the last 15 years in Gallup’s annual poll of Honesty and Ethical Standards in Professions.

Unfortunately, despite the stellar reputation that they enjoy, there is a hidden culture of nurse hazing, bullying, name-calling, and disruptive behavior on hospital units throughout America. Bullying, which the American Nurses Association (ANA) defines as “repeated, unwanted harmful actions intended to humiliate, offend and cause distress in the recipient,” is an extremely serious issue that threatens patient safety, nurse safety and sanity, and the reputation of the nursing profession as a whole.

Any nursing student has heard the phrase, “nurses eat their young,” which was first used by nursing professor Judith Meissner in 1986; the expression has become standard lore among nurses. The meaning behind it is quite simple: simply, it refers to the bullying and harassment of new nurses, and  those four simple words can cause a great deal of anxiety for new graduates. In fact, researchers propose that at least 85% of nurses have been bullied at some point in their nursing career.

A study done in conjunction with Vanderbilt University Medical Center shows that approximately 60% of new nurses leave their first position within six months due to some form of verbal abuse or harsh treatment from a colleague. While most nurses will not disclose this information during exit interviews with their employers, they speak freely when reporting  anonymously. The U.S. Bureau of Labor Statistics projects a shortage of 1.05 million nurses by 2022; unfortunately, as more studies and information are released regarding nurse bullying and harassment, the risk is that the number of those entering the nursing profession could dwindle.

This topic isn’t new to the nursing profession. Numerous research studies have speculated regarding why this trend has yet to be broken. In 2007, nurse researchers Cheryl Woelfle and Ruth McCaffrey published a study which discusses why nurses attack their own. Based on interviews and surveys, it was determined that “nurses often lack autonomy, accountability, and control over their profession.” Unfortunately, due to this lack of control, “this can often result in displaced and self-destructive aggression within the oppressed group.” While nurses admit to bullying in this survey, it seems it is only discussed in private confidential forums. It is difficult to find many nurses who will speak openly and freely about bullying for fear of negative personal and professional ramifications.

An interesting fact about nurse bullying is that it is considered a form of “horizontal violence”, also known as “lateral violence”; however, managers rarely take action when bullying is present. At a prominent children’s hospital on the east coast, a nurse spoke about her ICU experience anonymously for fear of backlash.

“When I first started as an experienced nurse, but new to the (current) hospital, more senior nurses would call me names and question my abilities in front of patients,” she stated. She was quick to note that she actually had more experience than these “senior nurses” but was still considered a newbie. She goes on to say, “I spoke to my manager several times as well as the director of the ICU because there was a very clear hospital policy against nurse bullying. Ultimately, nothing was done and I was given the choice to deal with it or transfer to another unit.”

After much consideration, she decided to stay on her unit and worked hard to be a positive role model for other staff members. While the changes on her unit will take time and may be very small and incremental, she is optimistic that the culture can change.

In 2015, the Professional Issues Panel on Incivility, Bullying, and Workplace Violence developed a new ANA position statement on this hot topic. According to the ANA webpage, the key points are as follows:

It’s Up To Every Nurse

While the ANA provides vital resources on nurse bullying and workplace violence, it is up to individual nurses, nurses leaders, facilities, and units to take advantage of these resources. The ANA supports, encourages, and promotes nurses to take concerted action against bullying.

In some hospitals, educational sessions are offered for staff members in order to discuss incivility and bullying; for example, Kennedy Health System, located in central/southern New Jersey, is requiring all nurses to attend three relationship-based education classes. One two-hour session specifically discusses workplace violence, hostility, and bullying amongst nurses. These sessions help promote unity and effective communication among staff.

Nurses must realize that their silence equals complicity in the face of bullying and aberrant behavior; standing up to bullies and advocating for a culture of kindness, civility, and compassion for both patients and staff are in the best interests of everyone . Champion civility in your place of employment, and work to counteract nurse bullying in all of its insidious forms. 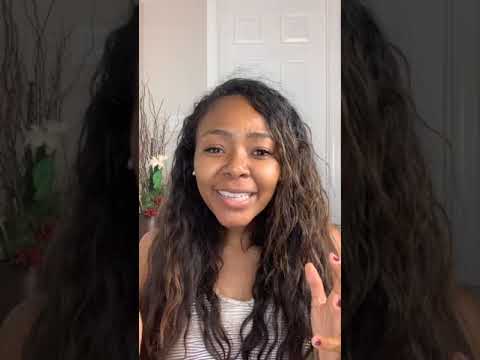 Where Are The Best Nursing Jobs?

Next Up: Difficult Doctor Keeps Yelling At Me!

With a degree in journalism, Kathleen Colduvell has worked in numerous hospitals over her eight years as a NICU nurse. Currently, she works at one of the leading children’s hospitals in the country in the NICU, PICU, and CICU and working as a Certified Breastfeeding Consultant.