Get the latest news for nurses
STORIES
September 13, 2019

Many people in his life thought Cameron Hershey, BSN, RN would become a Firefighter, like the generations before him. His grandfather, father, and brother were all Firefighters.

“I just wasn’t super interested in being a firefighter. But I needed a job. While in Banks, Oregon, I found out they needed volunteer firefighters and EMTs,” he says.

So, for a year, he worked as an EMT and volunteered with the fire department. 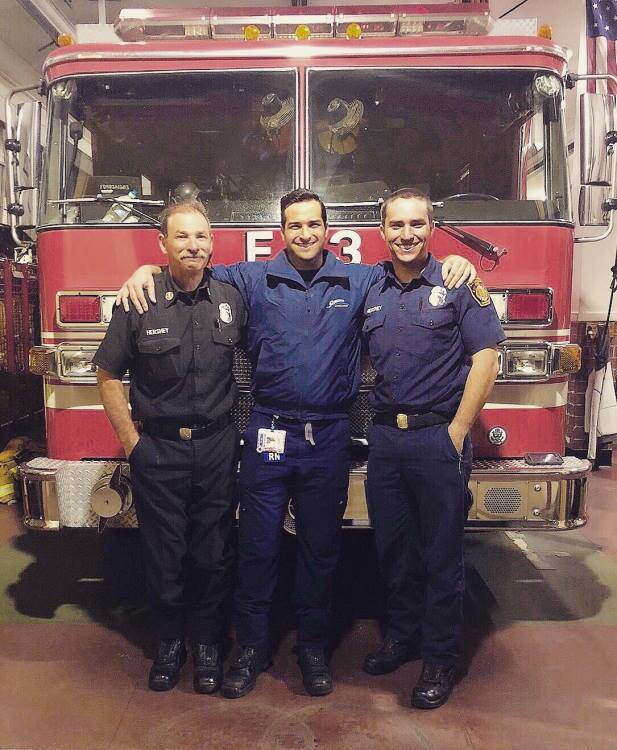 “I got more experience with patient care and met many nurses with advanced degrees at the hospital. At the time, I didn’t realize Firefighters with a previous degree could advance to RNs as fast as I did." 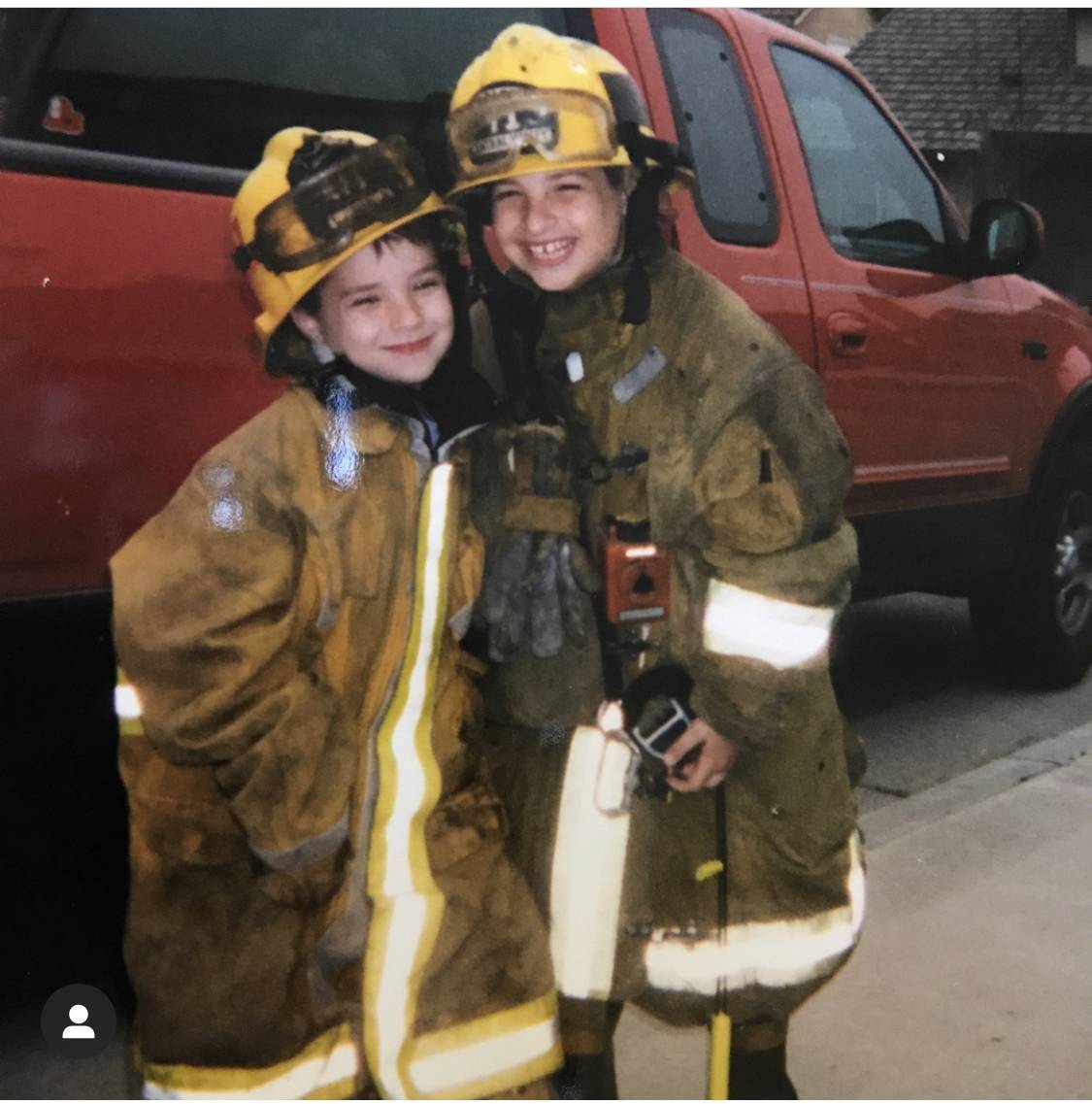 He decided he could become a nurse and researched all the accelerated programs available in the country. He chose Bellarmine University in Louisville Kentucky for a 12-month, accelerated Bachelor of Science in Nursing (BSN) degree. This would be his second degree as he had already earned a bachelor’s degree in human physiology. The coursework from his first degree counted toward prerequisites.

He had planned to come back to California, where he grew up, after graduating. But there was so much competition for nursing jobs on the west coast that he stayed in Kentucky and worked in Louisville’s trauma center’s E.R. for two years.

“Most new candidates don’t get the chance to work in the emergency room. But I do better getting thrown into a situation,” Hershey explains.

He wanted to work in the intensive care unit. But after his interview, the manager told him he didn’t have the personality for that unit.

“That made me mad. But after three months of working in the trauma center, I understood what she meant,” he adds. “My personality matched more with E.R. — fast-paced.”

Many of his friends and family would ask him if it was boring in the E.R. in the Midwest. “Oh, how they were wrong,’‘ he says.

“Every night, we had lots of shootings and overdoses and things I had never seen before. People think all this happens in inner cities. But some of these Midwest cities are the craziest, dangerous places with assaults and stabbings,” Hershey comments.

He was thrown into a by trial by fire. They were short-staffed, and he decided he would either sink or swim.

“But I loved it that way. It was challenging. In 2 years, I learned so much. I saw a lot more than I had in Oregon or California,” he says. “I learned how to critically think and think under pressure. I’m a pretty calm person now after all that.” 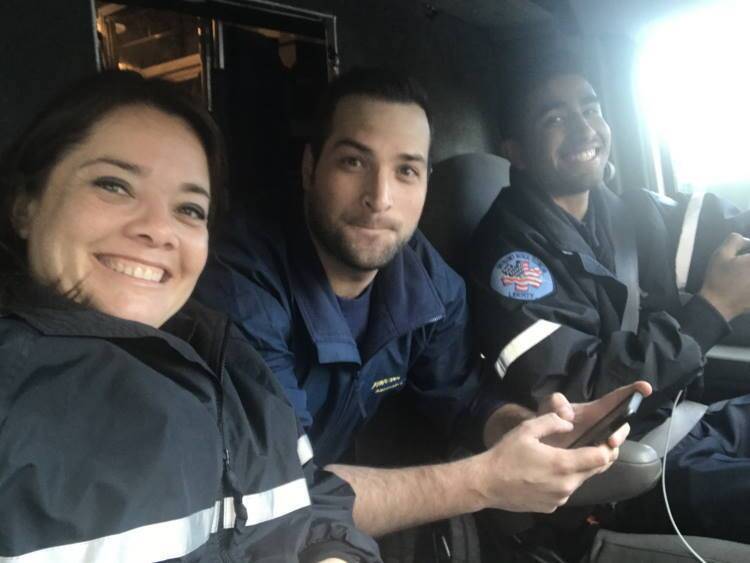 Recently, one of the patients had suffered heart failure and needed to be moved with a balloon pump and nine different drips.

“He couldn’t go by helicopter because of too much weight with all the equipment,” says Hershey, who works for ambulance services in southern California.

They started loading all the items into the gurney with all the monitors. Really sick patients might take up to an hour just to get everything into the vehicle. But Hershey keeps his calm, talks the patient through the move and helps them understand all the things they are doing.

“I like being in the field and being the highest medical authority there to take control of the patient’s care,” he says. “It’s a lot of responsibility, but I feel good about what I’m doing. I have a lot more autonomy than being in a hospital.”

“I always think about this 18-year-old guy. He was brought in after being hit by a car just walking across the street from the same bar I was going to during my nursing school days. I had walked that road many times,” he explains.

This teen was in bad shape. As a new nurse for only two months, Hershey watched the young man code right when his parents came into the room to see him.

“I started CPR. I almost second-guessed myself. He didn’t make it. I just remember it so well. The mom was standing there near me. We had been working on him for 35 minutes. The mom told me to stop because she couldn’t take it anymore.”

It was intense for Hershey to deal with a family like this for the first time. But dealing with families became a commonplace happening with 5-10 opioid overdoses every night in the E.R. Some of the overdose victims that he revived came back several times into the emergency room with more overdoses.

They came from all walks of life — young, middle-aged, rich, poor. You name it, he saw it.

But it wasn’t just the drugs that killed them. Some had been hit by cars or had car accidents after doing drugs and getting high. Or violence followed them after becoming drug users, and they would get shot or have other violent things happen to them.

Key Differences Working As An EMT vs RN

In California, Cameron feels that the scope of the practice performed by EMT’s is “dumbed down.”

“You can’t do as much for the people you are helping. Many EMTs can only transport patients. EMTs in the southern states are bringing in 911 victims and working with paramedics. Many stabilize patients and just get them to the hospital,” he says. 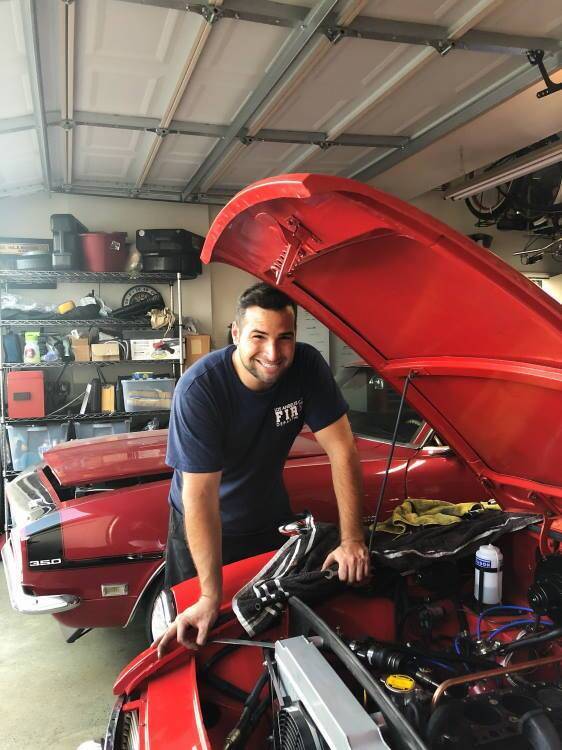 He also feels that many registered nurses look down on EMTs and other staff that work on patients before they reach the hospital. He’s witnessed this treatment personally as a transport nurse. Though he is wearing scrubs when he brings patients into a facility, he feels that hospital nurses treat him as less of a professional than they do their peers in the hospital. He wrote about nurses bullying EMS workers on Nurse.org. He also talks about many subjects he deals with as a nurse and EMT on his podcast Trauma Cam.

>> Next Up: Paramedic to RN Bridge Program Guide 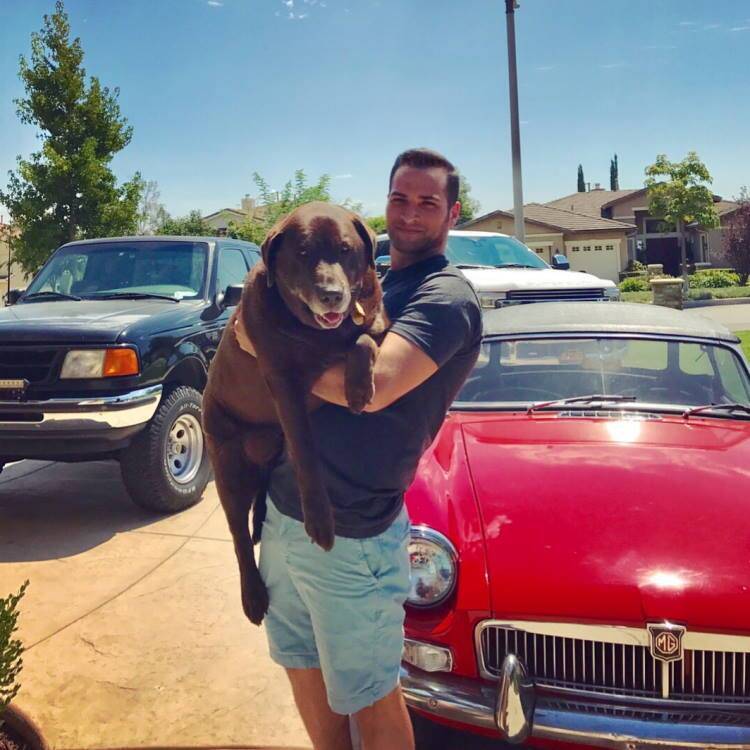 Advice for EMTs, Paramedics, and Firefighters Considering a Nursing Career

“It’s a much different environment in the firehouse. It is a brotherhood. It’s also a little militaristic. Nursing is a lot different. It’s much more down to earth,” he shares.

He recommends anyone who is thinking about a career in nursing or any health field to shadow some people.

“Don’t pick a career field unless you see how it works. Watch them, listen to them and see how they work with patients,” he says. 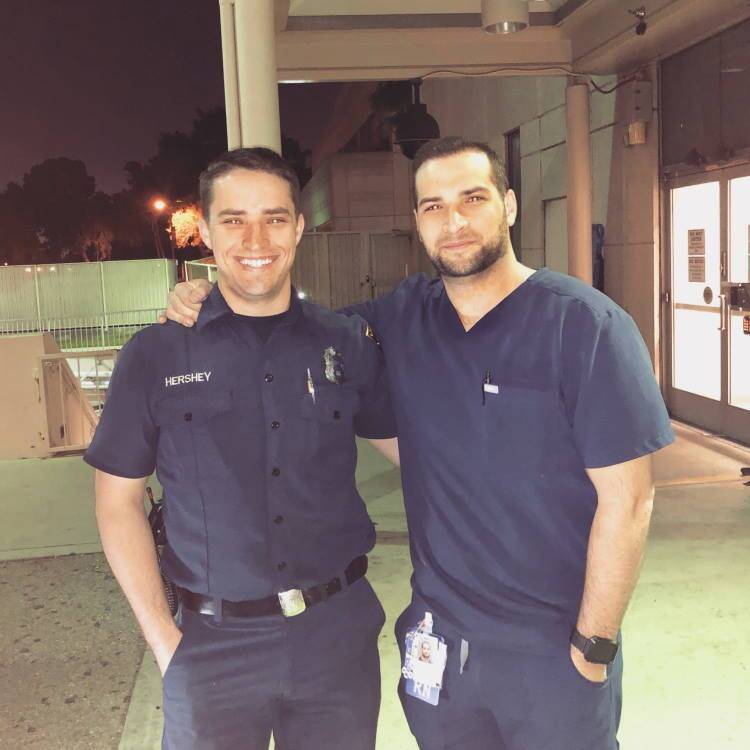