Get the latest news for nurses
INDUSTRY
January 10, 2022

If you’ve ever wondered what the exact difference between an RN and an NP is, Nurse Alice broke it all down in her podcast episode with Board Certified Acute Care Nurse Practitioner, hospitalist, and TV medical contributor, Dr. James Simmons.

Dr. Simmons is the face and force behind the account @askthenp, as well as the website AsktheNP.com, where is a reliable and passionate healthcare voice. Here’s how the conversation between these two dynamic NPs went down.

Listen To Dr. James on the Ask Nurse Alice podcast - on Apple Podcasts, Spotify, or your favorite podcast player!

Nursing as a Second-Degree

To kick off their conversation, Dr. Simmons shared a fascinating look at his entry into nursing. Although he actually has a Bachelor's and a background in broadcast news journalism, Dr. Simmons told Nurse Alice that he knew he wanted to enter the world of nursing.

So, while working his first job at PepsiCo. he attended CNA school at night, earned his EMT at the same time, and began working in an ER department. While working at the ED, he went through an accelerated nursing program to earn his BSN.

“It was the craziest 15 months of my life,” he recalled.

Following successful completion of his nursing program and NCLEX certification, he took an additional two and a half years to earn his license as an NP. Now, Dr. James has gone on (obviously) to earn his DNP and has been working as an NP for 8 years now as a nurse hospitalist.

If you’re thinking about becoming a nurse practitioner - check out our guide How To Become a Nurse Practitioner.

Next, Nurse Alice and Dr. Simmons got right to the nitty-gritty. They discussed the challenges that NPs can face, especially in a hospital setting, in serving as both a nurse first and foremost, but also in an advanced care position.

For instance, in Dr. Simmon’s situation, he is what he describes as both a nurse—” I'm never not a nurse, even when people call me Dr. James,” he noted—and a primary care provider. He talked candidly about that dichotomy, which can be a big challenge, because although his patients might see him as “Nurse James”---and that’s something he’s proud to be—it’s also important that they realize he’s also the one in charge.

Because of that enormous responsibility, Dr. James stressed that he does think it’s important for everyone from patients to family to other staff members to be very clear about his role so that the entire team can function adequately for his patients. In his mind, he can be both a nurse, but also the person responsible for leading patient care, and those two things don’t have to clash; instead, they can work together.

Sailing the Ship Together

As someone who has been both a bedside RN and an advanced practice RN in his current role as an NP, Dr. Simmons discussed respecting both roles that a nurse and an NP play. While an APRN like an NP or a CNS may be the captain of the ship at times, the RN is fully on board making it happen too.

“But oftentimes, the most important [part], making that ship go and doing the best for the patient is the nurse at the bedside, right?” Dr. Simmons said.

The duo also chatted about the differences between the two roles, especially when an RN goes on to become an APRN, and how hard that transition can be when suddenly, you’re the person in charge. Dr. Simmons admitted that there may even be some misconceptions that an RN may have about an APRN.

“I think even that transition from RR to APRN is so difficult and so challenging and you don't realize the burden of responsibility that may be going on there,” he pointed out. “At the end of the day, I'm the person that has to make that decision. It’s maybe not necessarily understanding the weight and the burden of everything that's going on in that decision-making when you are in that advanced practice role.”

Dr. Simmons also pointed out something all nurses, advanced roles or not, are acutely aware of: we’re in the middle of a pandemic. And that pandemic, with its ensuing near-unbearable stress levels, increased patient acuity levels, and strained patient-staff ratios have also really skewed the roles and abilities any healthcare provider can take on.

“I think even as we talk about the relationship between communication and understanding what APRN versus RNs, and all of that we all have to remember like everyone just breathes well at the end of the day here as a part of a team to do the best that we can for these patients that we're here to serve,” he summed up.

With the conversation on RN vs APRN behind them, Nurse Alice and Dr. Simmons turned to discuss how he has faced some challenges in getting the professional recognition he needed to do his job from none other than the physicians he worked with. For instance, he described how in working with physicians who have trained in other hospitals or healthcare systems where critical findings must be reported to an attending physician, and not an NP, he’s learned that it’s not necessarily about disrespecting his role as an APRN, but more about recognizing a healthcare system that hasn’t fully embraced guidelines that incorporate APRNs.

But with some bumps in the road and an initial rocky entry into his role as a nurse hospitalist, he recounted that it’s getting a “lot better,” not just because of his own experience, but also because there are a lot more NPs doing what he does in hospitalist roles.

“I've been doing this for eight years now,” he said. “I feel like I finally figured out what the hell I'm doing.”

Nurse Alice and Dr. Simmons ended their conversation by encouraging RNs to collaborate with their APRNs to learn from each other. For instance, both Nurse Alice (also, for the record, an APRN) and Dr. Simmons encouraged nurses to put together a thoughtful picture for their APRN before calling with a status report or to ask questions based on what they think the clinical pathway for their patient to follow should be. Beyond just reporting a lab, both RNs and APRNs can work together to care for their patient by looking at the big picture.

And last but not least, Dr. Simmons made a special request for everyone to give him a follow at @askthenp_ at TikTok. 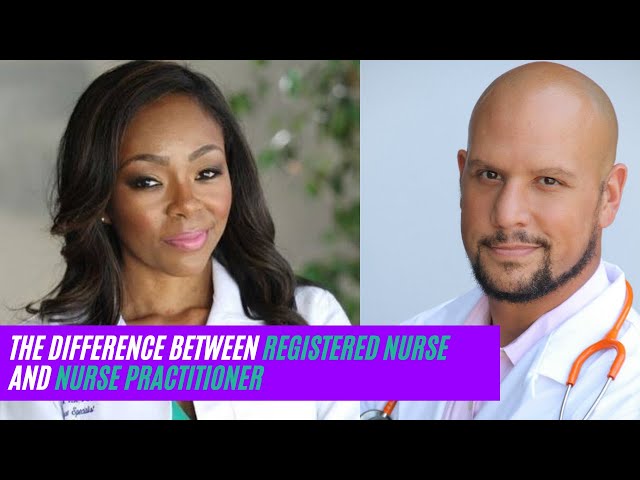