Types of Master's Degrees in Nursing

A camera disguised as a clock? Sounds like something you might find in a Spy movie, not in an Airbnb rental. That is exactly what a travel nurse found in her rental room over the weekend.

According to her Facebook post, Amanda Oliver who is a Travel Nurse rented a room from a Superuser on Airbnb in South Carolina. The host had over 36 “amazing reviews” of his apartment, so she trusted that it was a good housing find. 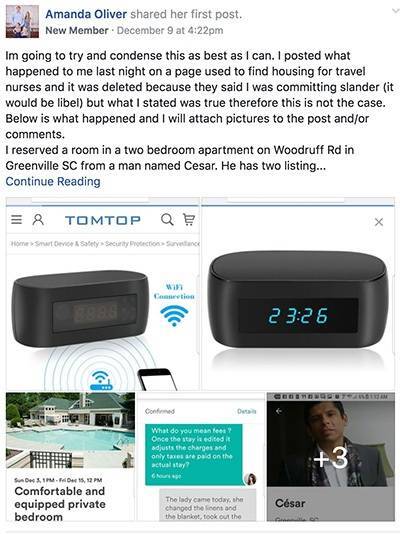 The host, Cesar Mendez Fuentes, was not home during her arrival and asked her to dinner the following day - she obliged. While at dinner, the conversation turned weird. Cezar asked Amanda about her sex life while on a travel assignment, he discussed personal details about his marriage and disclosed his infidelity.

Oliver decided to avoid her Airbnb host after dinner and assumed he had “trouble with boundaries.” However, Fuentes persisted and continued to invite Oliver to the gym and swing dancing - to which she declined.

A few days later she decided to change the check-out date of her rental room and sent Fuentes a message. The Airbnb host did not respond right away but, when he did he asked Oliver to meet with him right away to discuss the change and accused her of not following Airbnb’s protocol from making booking changes. She responded that she had sent the change through Airbnb. But, Fuentes insisted that the two meet and pressed her to disclose what time she’d be off from work.

Later that day Nurse Oliver received a message from her Airbnb host who stated that the maid had cleaned her room and left a clock on the table. He insisted to not remove the clock and told her that it was there to “protect  the edge of the table.” He emphasized to “not move the clock.” 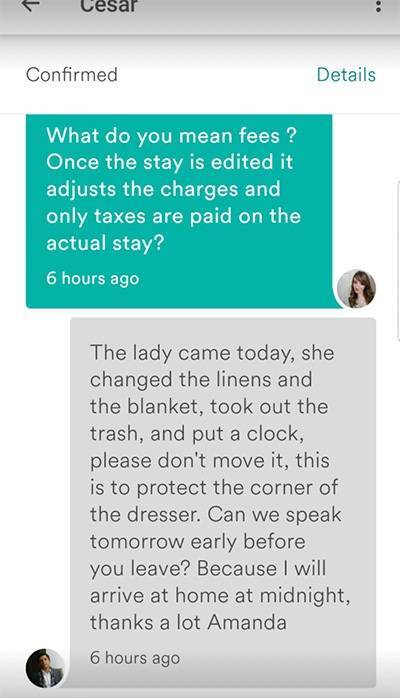 Oliver was confused by the message and assumed he was referring to a “cloth” (for her makeup) and not a clock.

Upon returning to her room, Amanda Oliver made a shocking discovery. 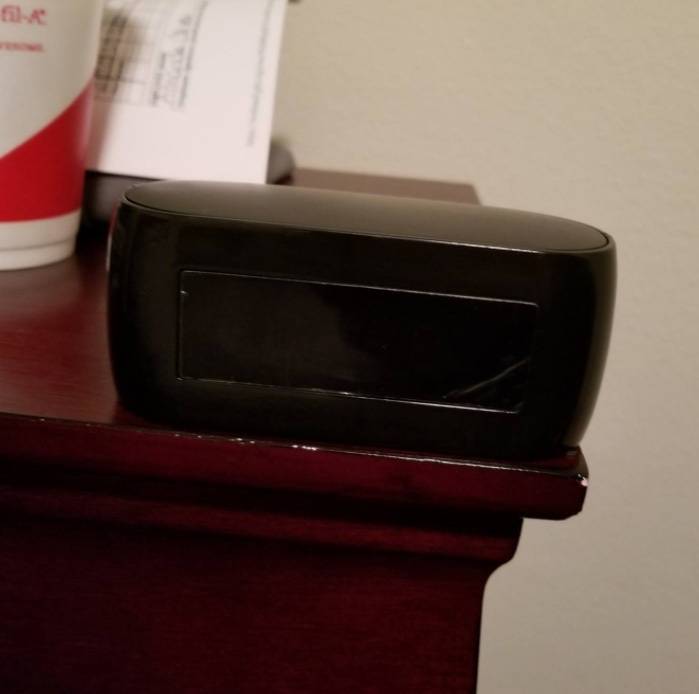 “When I arrived at the apartment, I was talking on the phone to my fiance, Chandler, and I went to my room. To my surprise there was, in fact, a small clock sitting on the edge of the dresser,” Oliver recalled.

She continued, “I told Chandler that I thought the clocked looked funny so I went to pick it up. I found that it was super glued to the dresser and I could not move it all.”

This is when Oliver grew suspicious, “I told Chandler that I thought it might be a camera. I began looking for the off button and there was, in fact, no buttons on the clock, not even a way to set the time.”

“I unplugged the cord from the back of the camera thinking that would have turned it off, but it didn't. The cord was a USB cord. I then managed to pop the back off the clock because it wasn't on all the way and discovered it had a mic camera lens on/off switch and a micro-SD slot, ” Oliver said on Facebook.

“I immediately said OMG it's a camera, I am going to be sick. I switched it to the off position and quickly googled cameras as clocks and it was the first one that popped up. It was a live streaming HD spy camera that delivered the feed directly to his phone,” Nurse Oliver recalled.

Oliver was able to find safety at the neighbor’s house until the police arrived. When the police looked at the camera, they discovered that it was pointed directly at her bed and had a clear view into the attached bathroom. 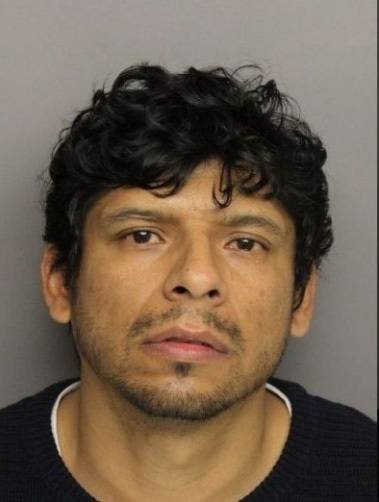 Shortly, her Airbnb host arrived home and was immediately arrested. Upon inspection of the apartment, a receipt was found showing that the camera had been purchased one day prior.

Fuentes is being held in the Greenville County detention center on voyeurism charges under a $5000 bail.

Oliver has shared her post on social media platforms, her goal is to inform and warn other travel nurses and travelers in general.

“I want as many people to know as possible so they can avoid the situation (and him) just in case,” stated Oliver.

Oliver added, “Airbnb has been amazing and they are not to blame for this so please do not discredit them.”

"Airbnb takes privacy extremely seriously and there is absolutely no place in our community for this kind of illegal and outrageous behavior. The individual involved has been permanently banned from our community and our guest has received our full support. We have reached out to law enforcement to offer our assistance with their investigation. We hope justice will be served quickly. Cameras are never allowed in bathrooms or bedrooms and any other camera must be disclosed ahead of time.”

Types of Master's Degrees in Nursing