Get the latest news for nurses
NEWS
September 11, 2018

Nearly everyone old enough to remember that fateful day 17 years ago, also remembers exactly where they were and what they were doing. We take a look at a few stories from nurses, some on the front lines of care and others who were impacted from afar.

The American Journal of Nursing has a list of nurses killed in the September 11th attacks. Of these fallen colleagues, they highlight the life of Kathy Mazza, a heroic Port Authority Police Deparment member who relied on her previous training as a nurse while participating in the rescue effort of the North Tower. Her body was found five months later along with another colleague, Stephen Huzcko (also a nurse officer) next to a woman still strapped into a rescue chair. They were close to escaping but were apparently unwilling to abandon someone who needed their help.

1. "So sad and empty to leave at 0730 and see the ghostly faces of the day shift. You just knew there weren't any survivors," Nurse Sarraz, ICU Nurse In New York - redditt

"I was working in an ICU in central New York at the time. We emptied the unit to make room for overflow that was supposed to come from the city, and a bunch of us came in to work extra that night to help out. We never got a single transfer. So sad and empty to leave at 0730 and see the ghostly faces of the day shift. You just knew there weren't any survivors."

2. "Some of the travel companies were asking for nurses to volunteer to go to New York to help," MamaCJRN, Travel Nurse -  allnurses

"I was working in Bakersfield, CA at Mercy Southwest. I was ending my night shift and walked into the break room to see the 1st tower burning and then the 2nd plane hit, I couldn't believe what I was seeing.

Some of the travel companies were asking for nurses to volunteer to go to New York to help. The sad part is there weren't very many survivors so they didn't need us. A few years later I heard an ADON from St. Vincent’s in NYC speak at a conference. It was very moving to hear how staff and citizens came together to deal with this great tragedy."

I was working same day surgery in NJ approx 2 hr south of NYC. The first OR outpatient cases were coming back to us. All us nurses were scurrying around doing our usual routine of preop admits and receiving the post-ops back. The TV's were always on all the time to keep the pt's occupied. I heard this one guy shouting "Nurse, nurse! " as I went by(me not paying attention to the TVs) I went over to him and asked him why he was shouting.

This man was coming out off the stretcher at me. Then he started demanding "get this thing out of me" pointing to his IV, "I have to go!!" I told him He will go when he recovers from the anesthesia. He said, “Do you see that!!” He was pointing to the TV; the 2 towers had been hit and were on fire and smoking. I was not paying any attention to the TVs.

He told me he was in the Army active duty and "this is war woman! Get this IV out of me, my son is coming in 2 min. to pick me up and take me back to the base. I work in supply."

I told my NM and she talked to him and we let him go. I don't even remember if we gave him discharge instruction because when I went turned around he was gone in a flash. The unstarted surgical cases were canceled and surgeries were canceled for 3 days. Our hospital was going to be used for those who were non-critically injured but needing care and as a morgue. The supervisors discharged all the patients that could be discharged, transferred to SNF. The hospital was cleaned out in a matter of hours in anticipation of an onslaught of injured and dead. NO one came.

I work as an RN in a LTC facility in Manhattan and reside in Queens. I told my husband I have to go to work that day as I know a lot of staff had to stay and work over another shift. I work night shift so I prepared to go to work early-bringing a lot of food for my coworkers as I know a lot of them probably only had sandwiches to eat the whole day. As we crossed the 59th street bridge, it felt so eerie because there was no other car on the bridge that night- all vehicles were banned from coming to Manhattan with the exception of essential workers.

In almost every few corners we were stopped & had to show my ID to military personnel. When we got to work everybody was sad and pensive, glued to the radio or TV. We were informed that we might be needed to help out in Ground Zero, we were all willing to go & waited for the next directive. We waited and waited, listening to the radio-watching TV when we can, and then they said there were no victims- I just cried, no victims to help coz they all died, that hurt so much-until now when someone asks me if I was here in New York when 9/11 happened, I say yes I was here and it still brings me to tears when I tell them that what hurts most was that we waited and waited and they were all gone. 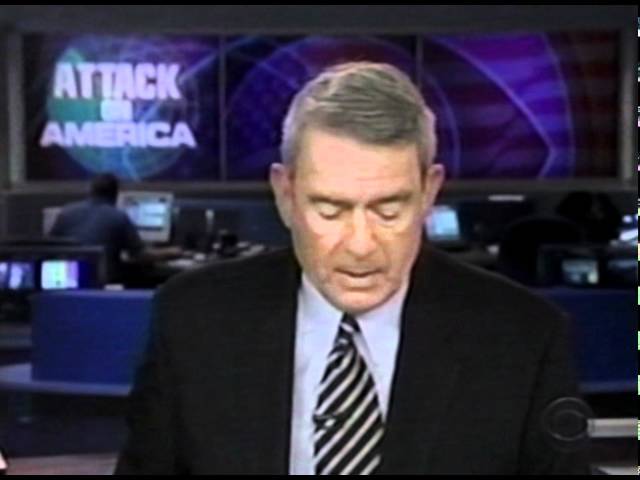 "I was asleep after working a night shift and awoke late in the afternoon blissfully unaware. I logged onto to a message board I participated in at the time and I thought "what are they talking about". I turned on the news. By then Dan Rather was reporting...." they collapsed........yes I said collapsed". I nearly lost my breath.

6. "There were no planes in the air," HARRN2b - allnurses

"The thing that I remember is how the sky was such a beautiful shade of blue. I think I actually suffered stress syndrome because I was in a fog for days. One of my coworkers said the same. It was also weird when there were no planes in the air. I lived near Dobbins AFB in Marietta and I knew something was up a short time later, there were so many planes flying in and out of Dobbins. We had not seen that before."

7. "I went back to school and graduated from nursing school," dbihl - allnurses

"I was awakened by a call from my girlfriend who was trapped in Tower II. I was the last one to talk to her, God bless you Jennifer Fialko! I miss and LOVE you! It sure as hell (or heaven) DID NOT ruin my life, I went back to school and graduated from nursing school this May, passed my NCLEX, and just finished my preceptorship on a MEdical step-down unit. God bless everyone that lost someone that day and everyone else too!"

8. "Was at work on the ortho/neuro unit at my hospital that happened to be the first responder for the Pentagon, " dazedandconfused, BSN, RN - allnurses

"We transferred out as many patients as we could to get ready for anything that might come to us. Our ER saw the most patients of all, they treated and released so many that day. I felt so helpless because there was no one for us to care for. There was so many staff in the ER we were told to stay clear and let the process work.

I ended up leaving early and trying to find an open bar, not many places open that afternoon. I still cry every time I think about it.

NEXT UP: Combat Nurse On A New Mission To Talk About PTSD